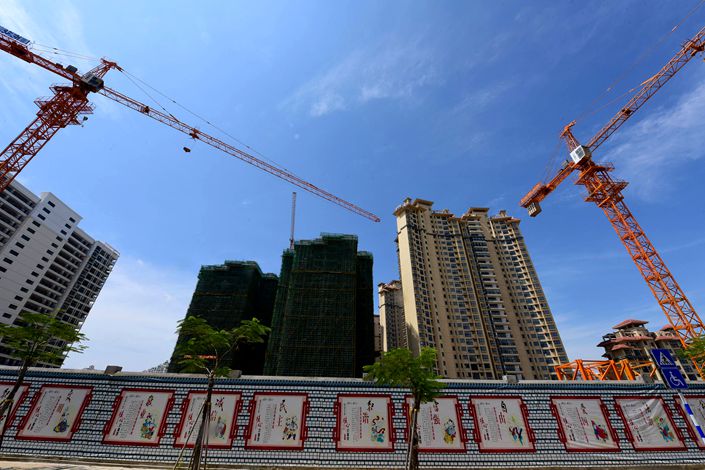 Issues around inflation have drawn sustained attention both in China and abroad. A recent meeting held by the Financial Stability and Development Committee proposed efforts to stabilize prices with special attention to changes in commodity prices. According to the National Bureau of Statistics, China’s consumer price index (CPI) grew by 0.4% year-on-year in March, in contrast to its February decline. A current — and well-founded — mainstream view holds that domestic inflation is manageable for China. When it comes to restraining inflation, however, attention needs to be diverted from traditional indicators such as the CPI and producer price index (PPI) to asset prices, such those for housing and stocks. Meanwhile, governments at all levels should take effective measures in accordance with local conditions to fundamentally prevent asset bubbles.

The present increase in expectations of inflation at home and abroad accompanies a specific background. With the grimmest period of the Covid-19 pandemic behind us and the launch of mass vaccination programs around the world, there is a consensus that the global economy will soon see a recovery. Various countries’ fiscal stimulus packages and loosened monetary policies will not only promote an economic upturn but also stimulate rising prices. Neither global pandemic prevention and control nor vaccination runs in sync with the global economic recovery. The U.S., the world’s largest economy, has launched a massive fiscal stimulus package. In the recent period, international commodity prices have continued to rise. Around the world, expectations of inflation are thus rising as well.

Many believe that China’s largest risk comes from the pressure of imported inflation, but that risk is still quite low. There are two grounds for such an assessment. First of all, China has effectively contained the pandemic, and its moderate stimulus policies were aimed at enterprises rather than residents. Now it is gradually withdrawing these special anti-epidemic measures introduced in the early stage of the outbreak. Second, China has kept tight control of the valve on aggregate monetary supply and refrained from unleashing a deluge of stimulus policies. This, coupled with the predominant characteristics of a high household savings rate and underconsumption as well as large economic volume, long industry chains, adequate competition and a solid agricultural foundation, means that China has the ability to absorb inflationary pressures. This logic makes for a persuasive case.

However, an overall judgment depends how one defines inflation. It is widely agreed that inflation refers to a rise in price levels, but when it comes to measuring inflation, opinions are deeply divided. Some departments persist in observing traditional indicators such as CPI and PPI, but a growing number of scholars believe that these indicators are flawed tools for assessing inflation risks; considering today’s world of increasingly developed asset and financial markets, they argue that traditional indicators can no longer fully and truthfully reflect real life. In a broad sense, there are three levels of inflation: First is asset inflation, such as rising housing or stock prices; second is headline CPI, referring to the overall measure of CPI including the food and energy sectors; third is ore CPI, which refers to the measure of CPI excluding food and energy. The three levels of inflation have successive transmission effects, which are first reflected in asset prices. Although it is difficult to reach an ultimate conclusion in academic arguments, that asset prices have a tangible impact on the behavior and psychology of economic entities — and then on the operation of the national economy — is an indisputable fact. A stubborn focus on traditional indicators easily leads to miscalculation. In this regard, profound lessons can be taken from other countries’ experience. China’s CPI has remained stagnant for years, numbing our sensitivity to inflation.

Taking greater stock of asset prices represented by real estate has great practical significance for China. Since the beginning of the 21st Century, housing prices have steadily risen, especially in first-tier and certain second-tier cities, where soaring prices have become a major issue affecting people’s livelihoods. The central government has implemented rounds of rectification, policymakers have reiterated time and again that housing is for living in, not speculation, and local governments have taken various measures to control housing prices. However, these efforts have rarely been effective. Since the fourth quarter of 2020, first-tier city housing prices have soared again, especially in some school districts in cities like Beijing and Shanghai, making it even more difficult for people there to buy a house. This phenomenon is exactly why we should reconsider the rise in real estate and other asset prices from a standpoint of preventing inflation and adopt targeted governance measures.

The reasons behind the growing price of housing are extremely complex and closely related to the current stage of economic development and the demographic structure of China. As for the direct cause, there is some longstanding controversy. Some attribute it to an excessive money supply while some pin it on an insufficient supply of land. In fact, both factors have led to the rise in housing prices. Inflation is fundamentally a monetary phenomenon. No matter what causes an increase in prices, inflation will not occur if there is no money supply in excess of the money demand (liquidity preference). M2 has experienced rapid growth for many years, which is bound to lead to a rise in housing prices. The relevant departments have become increasingly vigilant about the illegal flow of personal loans into the real estate market and adopted strict defensive measures. However, such violations remain frequent occurrences. Therefore, while controlling aggregate monetary supply, authorities must also take effective measures to guide the flow of currency toward weak links in the real economy — for example, small and micro enterprises and people’s livelihoods — to prevent them from fueling asset bubbles and generating financial risks.

The government has also taken major measures in terms of land supply. Some days ago, 22 cities in total implemented a centralized land supply system to prevent local governments from incrementally stimulating increases in the marginal land price. The system was designed with good intentions, but its effects remain to be seen. After all, the key lies in the total land supply, not in the pace of land supply. Relevant departments should pay close attention to the effects of this system’s implementation, making timely assessments and adjusting as appropriate.

Asset prices are the results of a series of economic and social institutional arrangements. Stabilizing housing prices requires structural reforms, especially in household registration, education, land property rights and social security systems. Excessive reliance on administrative measures to control housing prices in school districts will only end up in vain. The highest priority is accelerating legislation on property tax. According to the Ministry of Finance, it will make steady progress in property tax legislation and reform. This work has been a long time coming. The law’s early enactment will not only provide local governments with a new sustainable income; it will also help regulate housing prices and prevent asset inflation.

Ever since credit became the world’s universal form of currency, monetary authorities of various countries have felt overwhelmed by an excessive money supply. Since the beginning of reform and opening up, China has experienced several rounds of price increases, but now the rise in asset prices is the main manifestation. To control inflation, focus should be redirected to housing price control. Years of experience show that when it comes to real estate, perfunctory measures do little; a fundamental solution is the only way forward.