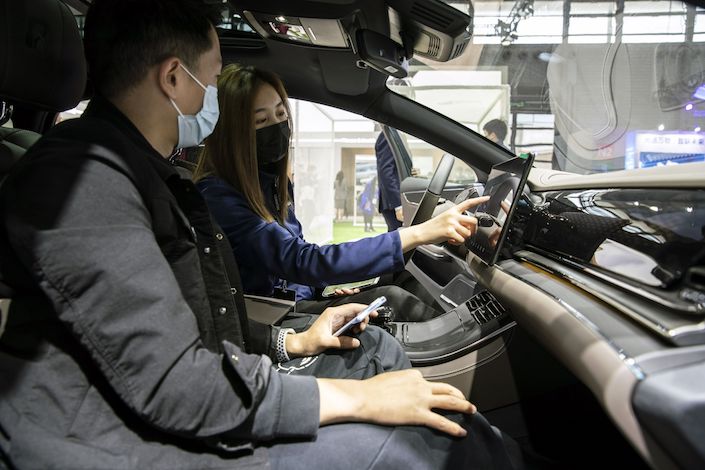 Huawei Technologies Co. Ltd. is making a big bet in self-driving and electric-car technologies with $1 billion investment in 2021.

The Shenzhen-based telecommunications-gear maker said it will focus this year on software research and technologies related to electric vehicles in an effort to move into new growth areas under the assumption that U.S. won’t lift sanctions that have cut off Huawei from access to much of the global microchip supply.

“We spent our time on solving the three U.S. sanctions in 2019 and 2020, and didn’t have much time to think about the future,” Rotating Chairman Eric Xu said at a Monday meeting to analysts. “After all that, we’ve found there’s still hope to survive after taking stock of our business, but we need to fight to live a little better.”

Huawei will partner with three automakers initially to make self-driving cars that carry the Huawei name as a sub-brand, said Xu, one of three executives who take turns filling the post. It will keep its circle of partners small and get its logo onto cars — not unlike how Intel Corp. calls attention to its microprocessors on PCs — that adopt its autonomous driving technology, he added. Huawei has so far agreed to team up with BAIC Group, Chongqing Changan Automobile Co. Ltd. and Guangzhou Automobile Group Co. Ltd.

“The smart car business unit receives one of the heaviest investments from Huawei. We will invest more than $1 billion in car component development this year,” Xu said. “China adds 30 million cars each year and the number is growing. Even if we don’t tap the market outside of China, if we can earn an average 10,000 yuan ($1,524) from each car sold in China, that’s already a very big business for Huawei.”

But Xu reiterated that Huawei will not get into vehicle manufacturing even though its hometown rival Xiaomi Corp. jumped into the crowded space last month with a $10 billion investment plan. He said the auto industry needs more of Huawei’s information and communications technology more than it needs a Huawei-branded vehicle.

Huawei is emerging from its toughest year on record, when Trump-administration sanctions smothered its once leading smartphone business and stymied advances into chipmaking and fifth-generation networking. Its revenue picked up 3.8% year-on-year in 2020 and profit climbed 3.2% during the same period from 2019’s level to 64.6 billion yuan.

The Biden White House has shown few signs of letting up, prompting billionaire founder Ren Zhengfei to direct Huawei toward new growth areas such as smart agriculture, health care and electric cars. It hopes for a seat at the table with tech giants vying to define the rapidly evolving fields of connected vehicles, homes and workplaces.

With its phone business on the decline due to restrictions on chip sourcing, Huawei plans to redirect its technology research into areas including cloud software and smart mobility. It also pledged to expand the use of Huawei’s own Harmony operating system, predicting that some 100 million devices will adopt it this year.

To make the best use of its limited supply of microchips, Huawei plans to prioritize orders from its biggest clients, Xu said.

Huawei stocked up on the components before the U.S. sanctions took effect in September, but the company can’t maintain its business by relying on such stockpiles, Xu said.

Huawei believes that there will be some enterprises willing to meet the demand for chips from the many Chinese companies that have been backlisted by the U.S., Xu said. China purchases nearly $400 billion in chips every year.