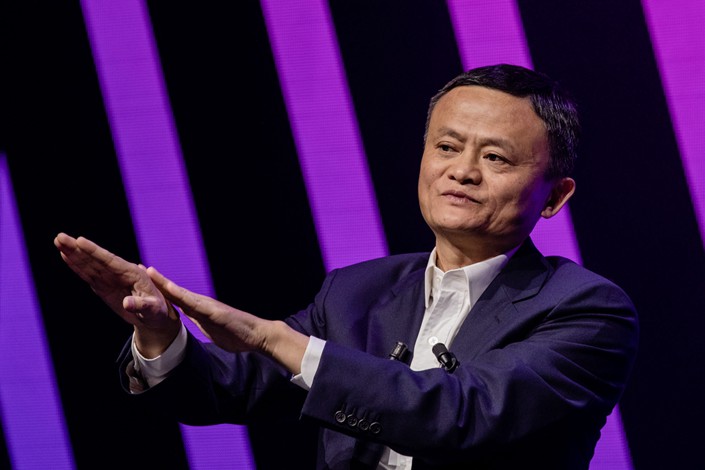 Jack Ma gestures while speaking during a fireside interview at the Viva Technology conference in Paris on May 16, 2019. Photo: Bloomberg

Alibaba’s American depositary receipts climbed 9.3% on Monday in New York, their biggest jump in almost four years. For Jack Ma, the founder of the e-commerce giant, it meant his fortune increased by $2.3 billion to $52.1 billion, according to the Bloomberg Billionaires Index.

The $2.8 billion fine is less severe than some investors feared and is based on only 4% of the company’s 2019 domestic sales, far less than the maximum 10% allowed under Chinese law. While the internet giant will have to adjust the way it does business, its vice chairman said regulators won’t impose a radical overhaul of its e-commerce strategy and its chief executive officer declared Alibaba ready to move on.

“Alibaba would not have achieved our growth without sound government regulation and service, and the critical oversight, tolerance and support from all of our constituencies have been crucial to our development,” the company said in an open letter. “For this, we are full of gratitude and respect.”

Ma, who up until last year was China’s richest person, has lost billions since his nation’s regulators began an anti-monopolistic campaign, halting the initial public offering of his Ant Group Co. payments company just two days before it was scheduled to go public. He is now China’s third-richest person after Zhong Shanshan of bottled-water company Nongfu Spring Co. and Tencent Holdings Ltd.’s Pony Ma.

Separately, China’s central bank ordered Ant to become a financial-holding company that will be regulated more like a bank. The move, announced on Monday, will have far-reaching implications for the firm’s growth and its ability to press ahead with an initial public offering. Alibaba shares opened 3.4% higher in Hong Kong on Tuesday.