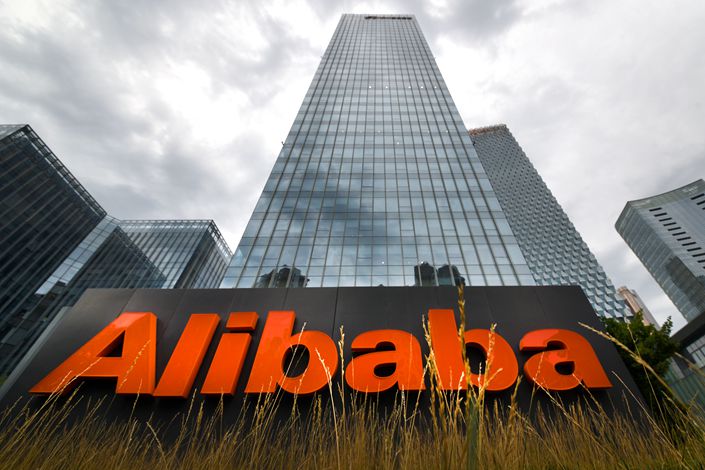 Alibaba Group Holding Ltd.’s Hong Kong shares surged as much as 9% on their first trading day since Chinese regulators handed a record fine to the e-commerce giant for abusing its market dominance, including banning partner merchants from running promotions on rival platforms.

The rally followed an early Monday investor call in which top Alibaba executives indicated they didn’t expect the 18.2 billion yuan ($2.8 billion) fine to have much of an impact on the business, adding that they would cut some of their service fees in order to attract and retain merchants.

Analysts and insiders told Caixin that Alibaba appeared to have dodged a bullet with a fine representing just 4% of its 2019 domestic revenue and no requirement to forfeit gains from its illegal practices or divest assets.

Alibaba will not be appealing the penalty, Executive Vice Chairman Joe Tsai said Monday. The company has agreed to file self-examination and compliance reports to the State Administration for Market Regulation (SAMR) for the next three years.

Daniel Zhang, chairman and CEO, said during the call that the company did not expect a “material negative impact” on its business as a result of dropping the practices, including on its Taobao and Tmall shopping platforms.

The hefty consumption appetite of individual buyers on the platforms, which Zhang said averaged 9,000 yuan per year, remains “the key reason why these merchants are with us,” he said. “We don’t rely on exclusivity to retain our merchants.”

Zhang said the company would “lower the entry barriers and business costs of merchants” by waiving fees for more established services, increasing investment in merchant training and optimizing back-end systems.

Tsai said the outcome showed that the regulator had “endorsed and affirmed” Alibaba’s business model. He said “every large-scale technology company” was likely to face similar regulatory scrutiny, and “in our case we have experienced the scrutiny and we’re happy to get the matter behind us.”

Alibaba does not believe it is the subject of any other antitrust investigations, Tsai said.

In a Sunday night analysts’ note, Morgan Stanley, which underwrote Alibaba’s record-making 2014 IPO in New York, said the outcome “should lift a major overhang on (the company) and shift the market’s focus back to fundamentals.” Alibaba’s share price had fallen 16% since the SAMR’s wider antitrust campaign became publicly known in November.

Morgan Stanley analysts pointed out that the penalty came “without Alibaba having to make significant organizational restructuring and asset divestitures that might jeopardize the company’s core competence.”

The regulator appeared to be showing “tough love,” said Ether Yin, a partner at advisory firm Trivium China in Beijing. At 19.5% of Alibaba’s 2019 profits, and only 12.2% of those last year, the record $2.8 billion fine was “not life threatening,” Yin said.

China’s antitrust law states that businesses that abuse their dominant market positions may receive a maximum fine equivalent to 10% of their annual sales revenue. Alibaba’s fine was set at 4%.

Yin also pointed out that the SAMR did not confiscate “illegal gains” the company made as a result of its monopolistic practices, which is a requirement of China’s Anti Monopoly Law. “That may simply be due to the difficulty of calculating illegal gains given the nature of Alibaba’s e-commerce business. And they may have factored that into the fines already.”

“But no matter how you look at it, it makes the fine look even less severe,” he said.

The SAMR announced the fine on Saturday after a four-month investigation found Alibaba had unlawfully restricted competition among online platforms by forcing merchants to choose between its services and those of its rivals, a practice commonly referred to as “picking sides.”

The e-commerce behemoth also blocked the free flow of goods and services, suppressed innovation among platforms, violated the rights and interests of online sellers and harmed consumer interests, the regulator found (link in Chinese).

The penalty trebled China’s previous record antitrust fine, which saw Qualcomm Inc. pay just over 6 billion yuan in 2015 — a sum equivalent to 8% of the U.S. chipmaker’s China sales for 2013. Alibaba said Saturday that it accepted the fine “with sincerity.”

The penalty came amid a broader government clampdown on monopolistic activity at China’s technology and internet firms. Beijing is also discussing changes to the Anti-Monopoly Law, which has drawn criticism for failing to combat abuses by tech titans whose sprawling platforms exert huge influence over businesses and customers alike.