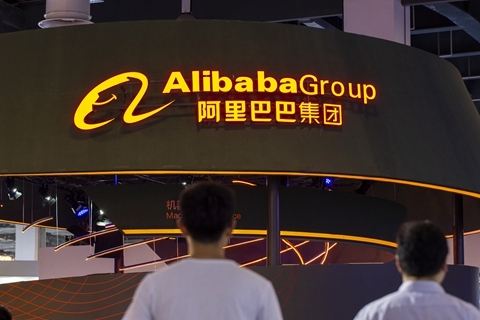 A four-month investigation by the State Administration of Market Regulation (SAMR) concluded (link in Chinese) that the e-commerce titan unfairly squeezed out competition among online retail platforms by forcing vendors to choose between its services and those of its rivals.

The probe also found that the tech giant, which was founded by beleaguered entrepreneur Jack Ma, impeded the free flow of goods and services, stifled innovation among platforms, infringed the rights and interests of online sellers, and harmed consumer interests.

The penalty is three times as high as China’s previous record antitrust fine, which saw U.S. chipmaker Qualcomm Inc. pay just over 6 billion yuan in 2015. It comes amid an extensive government crackdown on monopolistic practices on the internet, particularly in the e-commerce and fintech sectors.

In a statement on Saturday, Alibaba said it accepted the fine “with sincerity” and would “ensure its compliance with determination,” adding that the penalty “reflects the regulators’ thoughtful and normative expectations toward our industry’s development.”

The sum is equivalent to 4% of Alibaba’s domestic sales revenue in 2019 and does not include repayments of income deemed to have been obtained illegally. China’s Antitrust Law states that operators which abuse their dominant market positions may be fined an amount corresponding to between 1% and 10% of their annual sales revenue.

By comparison, the fine on Qualcomm — which was imposed by a different government body, the National Development and Reform Commission (NDRC) — was equivalent to 8% of the company’s sales at the time.

The SAMR inquiry mainly covered Alibaba’s activities between 2015 and 2019 and focused on a practice known as “picking sides,” whereby the company forces merchants on its e-commerce platforms, which include Taobao and Tmall, to work exclusively with Alibaba and shun its competitors.

Two of Alibaba’s rivals, JD.com Inc. and Pinduoduo Inc., have long complained that the practice unfairly cuts them out of potential deals with the same vendors.

The regulator concluded that Alibaba breached a provision in Article 17 of China’s Antimonopoly Law that prohibits companies from “refusing to enter into transactions” with other traders “without justifiable reasons.”

In an article published Saturday in the state-run Economic Daily newspaper, Shi Jianzhong, a member of an antitrust expert group under the State Council, China’s cabinet, said SAMR had been “relatively moderate” in settling on a fine equivalent to 4% of Alibaba’s sales revenue.

The comparative restraint “has shown the nation’s attitude and determination to strengthen antitrust regulation of platform enterprises, as well as the policy objectives of supporting the development of the platform economy,” he wrote.

A person close to the investigation, who requested anonymity in order to speak freely, told Caixin that the decision may set a global precedent in antitrust cases as no other country had previously dealt with picking sides insofar as the practice pertains to major e-commerce platforms.

China is in the throes of a sweeping clampdown on monopolistic behavior at the country’s major technology and internet firms. Days before the probe into Alibaba was announced in December, the Communist Party’s top decision-making body pledged to strengthen antitrust efforts in 2021 to curb what the Politburo has called “disorderly capital expansion.”

That phrase appeared again Saturday in an editorial by the party-run People’s Daily newspaper, which described Alibaba’s punishment as a “concrete measure” to prevent haphazard capital growth and an “effective norm” for bringing online platforms to heel.

The government is also in the process of thrashing out changes to the Antimonopoly Law, which came into effect in 2008 but has drawn criticism for being ill-suited to combat abuses in China’s fast-growing online sector — especially when it comes to restraining big-tech behemoths operating sprawling platforms with vast influence over businesses and their patrons.

Alibaba’s fine is the latest setback to hit the interests of Ma, who has maintained a stake in the New York- and Hong Kong-listed firm since stepping down from its board in 2019.

Amid regulatory concerns, Chinese authorities in November abruptly suspended a planned $34.5 billion initial public offering in Hong Kong and Shanghai by Alibaba’s fintech affiliate Ant Group Co. Ltd., which counts Ma as its largest shareholder. The IPO would have been the world’s biggest ever.