By Qu Hui and Anniek Bao 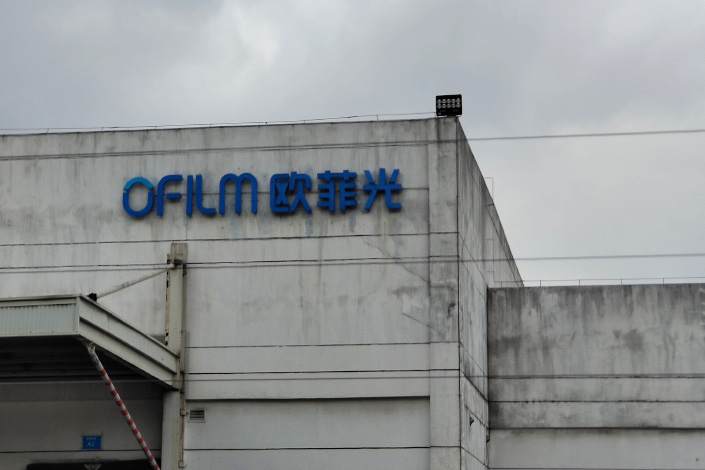 Ofilm says it’s selling its camera module business that counted Apple as one of its main customers for $369 million. Photo: VCG

Ofilm Group Co. Ltd. (002456.SZ) said it will sell its camera module unit — whose major clients include Apple Inc. — to a domestic rival, after its blacklisting last year by the U.S. led the iPhone-maker to recently sever the relationship.

Semiconductor-maker Wingtech Technology Co. Ltd. (600745.SH) has agreed to buy the business from Shenzhen-based Ofilm for 2.42 billion yuan ($369 million), according to a Monday statement from Ofilm.

The announcement came two weeks after Ofilm said one of its top foreign clients terminated a purchase agreement without naming the company. It later confirmed that the customer was Apple, which had been using Ofilm’s camera modules in its iPhones.

Ofilm’s troubles date back to July, when it was one of 11 companies put on a blacklist barring it from accessing U.S. technologies by the administration of then-President Donald Trump.

Trump’s administration aggressively used such blacklistings in its final two years to stop Chinese companies from buying a wide range of core technologies needed to make their products, and also to cut off their access to U.S. investment and capital markets. That left many blacklisted companies scrambling to find alternate suppliers, or sometimes to even dispose of affected manufacturing operations like the one being sold by Ofilm.

The Trump administration typically cited factors like human rights violations, ties to China’s military and ties to the China Communist Party for its actions. That led Beijing to call on Washington to halt the “arbitrary suppression” of Chinese companies, and also to call on the country to become more self-sufficient in key technologies.

Ofilm said its plan will see it sell two main assets, including 100% of its micro-camera maker Guangzhou Delta Imaging Technology Co. Ltd., for 1.7 billion yuan. That company made a profit of 339 million yuan on sales of 4.6 billion yuan last year.

Ofilm had said on March 19 that Apple planned to terminate its partnership with the company in the second quarter. It said its supply deal with Apple would continue until March 31, and its orders in the first two months of this year grew 5.52%. The Apple business contributed 22.51% and 30% of Ofilm’s revenue in 2019 and 2020, according to its filings.

Telecoms equipment giant Huawei found itself in a situation similar last year after the Trump administration cut off its supply of microchips for its thriving smartphone business. As a result, Huawei also ended up selling its lower-end Honor smartphone business to a domestic company last year, in hope that the move would allow the unit get its access microchips back.