Battered by Regulators, Ant Group Comes Out in Support of Regulation

By Flynn Murphy and Wu Yujian 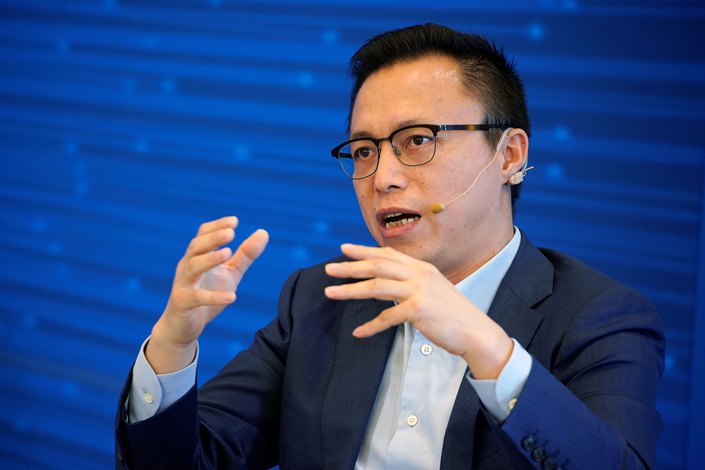 Speaking at an internet finance industry forum on Tuesday, Jing said Ant Group Co Ltd. was working closely with regulators and doing its best to deal with the aftermath of the listing suspension, and also revealed his strong support for state regulation, which he said would guard against the risks that arise from the rapid growth of fintech companies like his own.

“Compliance with regulation is the cornerstone for stable and long-term development of financial technology,” said Jing, according to an official translation of the speech circulated by Ant Group. He said the firm had reflected on public criticism and “spared no effort” in studying the government’s policy insights into financial security and stability.

Ant Group’s business has been facing pressure from new rules that tighten capital requirements for financial holding companies, as well as stricter lending regulations and unmistakable signals from antitrust regulators.

“Financial services (must) benefit the people,” Jing said a wide ranging speech which laid out the firm’s plans to better support small businesses and serve the “real economy.” He also discussed the need to guard against financial risks, improve governance at the company and protect customers’ financial information and rights.

Jing pointed to various ways people in China have benefited from the rapid development of the internet finance sector, such as the convenience of mobile payments that has supported the digital transformation of small companies.

This could not have been achieved if financial regulators had not used their “scientific and pragmatic spirit” to create a framework that was “inclusive and prudent,” he said.

Jing’s words echoed comments by Alibaba CEO Daniel Zhang late in November that praised China’s market watchdog. Both were notable for their contrast with the antagonistic speech made by Ant Group’s “ultimate controller” Jack Ma late in October, in which he publicly called out Chinese regulators for stifling competition.

Ma’s fateful words were widely interpreted as contributing to the decision to call the billionaire and other top Ant Group executives in for a dressing down on Nov. 2, days before the fintech giant’s shares were due to start trading in Shanghai and Hong Kong in what would have been the world’s largest ever IPO.

The $34.5 billion offering was pulled in the wake of the meeting, which coincided with the publication of draft regulations to rein in the growing power of online finance platforms. The Shanghai Stock Exchange said in a statement to Ant Group that the company may not meet disclosure requirements because of the changed regulatory environment.

Ant Group has been adapting its business to the tough new regulations on microlending, one of the company’s biggest business drivers, according to analysts, investment bankers and market experts. And whenever it comes back to the market, it is likely to face a significant haircut off its valuation of 2 trillion yuan ($302.5 billion).

The company is also facing pressure from stricter capital requirements brought in under new rules for financial holding companies that took effect on Nov. 1, which would see Ant Group forced to come up with enough money to cover its capital reserves.

“In the next five years, we will fully align our work with national development priorities and continue to focus on serving small and micro enterprises and business owners, and providing digital financial services to support the development of agriculture, rural regions and farmers,” Jing said.

“Regulation ensures development that is healthier and more sustainable,” he said.