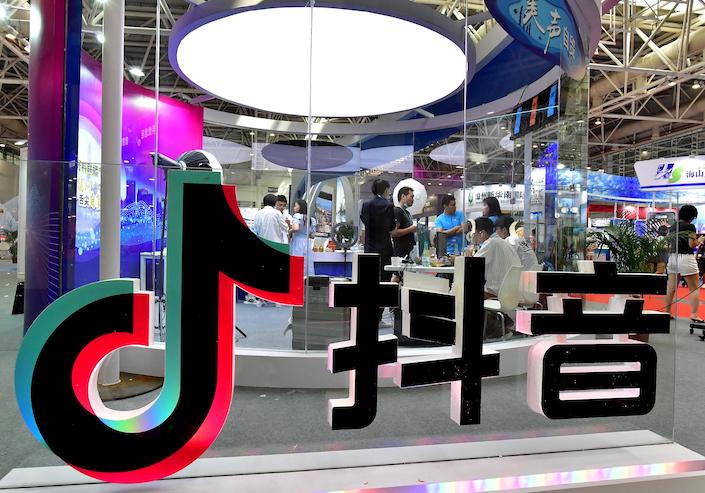 China had total of 175 million minor Internet users in 2019.

The app, with 600 million daily active users, has long been criticized for vulgar content inappropriate for young audience spreading on its platform. It was fined the maximum penalty for spreading “obscene, pornographic and vulgar information” online in January.

Douyin has never disclosed how many of its 600 million daily active users are minors, but China had a total of 175 million minor Internet users in 2019 and about half of them watched short videos regularly, according to a report released in May 2020 by China Internet Network Information Center.

To prevent minors from becoming addicted to the app, Douyin has added a “youth mode.” Once the youth mode is switched on, users can watch the app for no more than 40 minutes each time and can’t use the app between 10 p.m. and 6 a.m.

Contents viewable under the youth mode are screened by the app’s content reviewers, and limited to science, education, and amination videos without commercials. Douyin said the youth model pool had 543,600 short videos in 2020.

An increasing number of incidents has been reported in which minors use the accounts of their parents or adult guardians and spend huge amount of money to send digital gifts to live-streamers they like.

In November, the National Radio and Television Administration issued a new regulation, requiring real-name verification to send digital gifts to live-streamers and banning minor users from doing so.

Douyin has deployed a mechanism to prevent minor users from sending gifts to live-streamers, including the use of facial recognition technology to detect minor users, said Fan Yongqing, product manager of Douyin’s live streaming business. If any live-streamers are found inducing minors to send gifts to them, their accounts will be banned, Fan said. In a crackdown early this year, Douyin banned 205 live-streamers for violating the rule.

But in practice, it’s often difficult to tell whether the users are adult guardians or minors. Some children memorize their parents’ passwords or simply figure out the passwords, Fan said.

Douyin has set up a refund processing mechanism, allowing adult guardians to request refunds if they can prove they didn’t send the gifts themselves. From May 2020 to March 2021, Douyin refunded 36,000 users for payments made by minors, according to the youth protection open day event.

The mechanism also creates loopholes for adult users to request refunds even if they actually made the payments themselves. Among the refund requests received from May 2020 to March 2021, 63.5% were from adult users claiming the payments were made by their minor children but actually not, Douyin said.