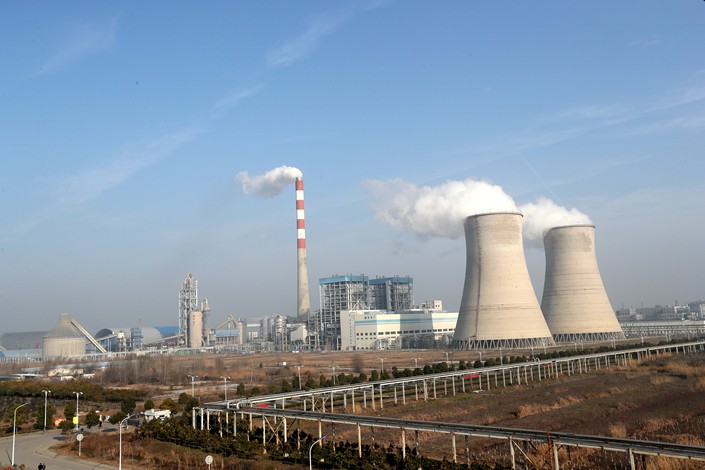 The report adds that China’s new five-year plan could result in coal plants coming offline before the end of their planned lifespans due to the Asian nation continuing to invest heavily in coal while promoting low-carbon development, a trend that risks creating overcapacity in the sector.

China pledged last year to bring its carbon emissions to a peak by the end of the decade and become carbon-neutral by 2060, a commitment welcomed by climate experts but which will require sweeping changes to how the world’s most populous nation lives, works and feeds itself.

Researchers at TransitionZero used satellite imagery and machine learning to estimate electricity production and its associated carbon emissions from Chinese coal plants, and then gave recommendations on how the country could manage its shift toward carbon neutrality.

A key suggestion is that China phase out 364 GW of coal by the end of the decade, equivalent to 33% of the maximum capacity permitted under the country’s last five-year plan, which came to an end last year.

The move would slash the carbon intensity of electricity production in China from 672 grams of carbon dioxide per kilowatt-hour in 2019 to 356 grams by 2030, the report says.

The decision to rapidly wind down so many coal plants would represent an unprecedented overhaul of China’s energy sector. But the study says the country could save $1.6 trillion by replacing its coal plant fleet with clean energy alternatives, showing that pivoting the power system onto a net-zero pathway is “both technically feasible and economically beneficial.”

However, the researchers also argue that China’s decarbonization efforts depend on reforms to its nascent emissions trading scheme (ETS), which they estimate was oversupplied by 1.56 billion tons of carbon during its two-year trial period, which ended last year. The amount is roughly equivalent to the amount emitted within the European Union’s ETS over one year.

Instead of requiring power generators to meet a series of carbon intensity benchmarks, China should reform its ETS to introduce an absolute cap on emissions, said Matthew Gray, TransitionZero’s co-CEO, adding that the Asian nation should also further deregulate the power sector and bring in continuous monitoring systems to catch anomalies in reported emissions.

China should also immediately cancel all new coal projects, issue guidance for a coal phaseout in line with its climate commitments and provide incentives for companies that close plants early, said Sriya Sundaresan, another of the analytics provider’s co-CEOs.

“Ambitious Chinese action to shift from coal to clean energy can demonstrate the opportunity for a prosperous and sustainable future to the world,” wrote Al Gore, a former U.S. vice president and longtime environmental campaigner, in a foreword to the paper.