Hong Kong to Ban Flights From the Philippines, India, Pakistan 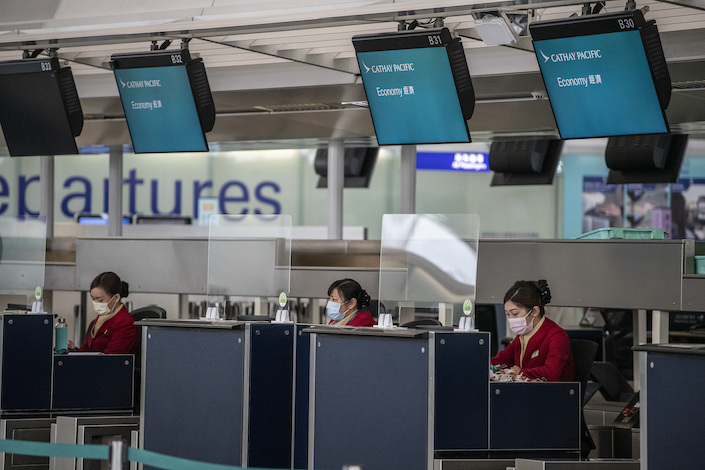 (Bloomberg) — Hong Kong will ban flights from India, Pakistan and the Philippines for 14 days starting Tuesday as the city reported the first two Covid-19 cases of highly transmissible virus variant in the community over the weekend.

Visitors who stayed in the three countries more than two hours in the past 21 days will also be restricted from boarding any passenger flights to Hong Kong, the government said Sunday as it classified the countries as areas of “extremely high risk.”

The bans stem from a Hong Kong circuit breaker arrangement that was triggered for each of the countries as there had been five or more arrivals with the N501Y mutant coronavirus strain within seven days, the government said. The strain was first detected in South Africa.

Hong Kong’s first two cases of mutant coronavirus raised another hurdle in the city’s efforts to bring ongoing waves of Covid cases fully under control. Officials are trying to persuade skeptical residents to get vaccinated — seen as key to re-opening the economy and reviving travel.

Neighboring Macao will also require visitors who have been to the three countries to quarantine for 28 days at a designated place upon arrival, according to a government statement.

Hong Kong quarantined 81 residents of a building in a densely populated Kowloon neighborhood Saturday after a man who had traveled to Hong Kong from Dubai initially tested positive for a mutant strain of Covid-19.

Hong Kong imposed a compulsory testing order for people who visited places that were patronized by the two people infected with the strain at any time on April 11, including parts of the massive Harbour City shopping complex in Tsim Sha Tsui.

“As one of the local cases with unknown sources announced yesterday involved the N501Y mutant strain, we have to conduct more extensive compulsory testing,” the government said.