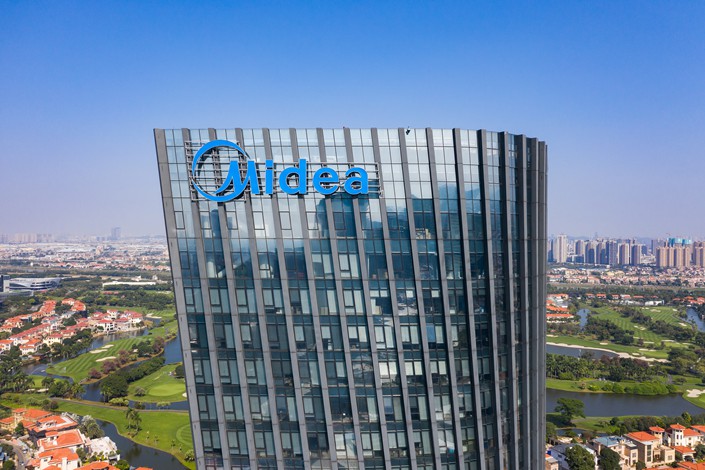 The Hong Kong-based veteran dealmaker is taking up the job as Midea seeks to diversify from its traditional home appliances business. The Chinese company, which focuses on making air conditioners, refrigerators and washing machines, is looking to tap into technology-driven areas such as smart living and the so called Internet of Things.

For his new role, Choy will be based at Midea’s headquarters in the southern Chinese city of Foshan, people familiar with the matter have said.

Choy joined HSBC in June 2019 from China Renaissance Holdings Ltd., where he was the head of M&A, according to his LinkedIn profile. He previously worked for JPMorgan Chase & Co. and Goldman Sachs Group Inc.

Midea’s founder and largest shareholder He Xiangjian does not hold a management role nor do his relatives — a rare occurrence for a Chinese family-owned company.

The company has grown via acquisitions including Kuka AG in 2017, in a deal that valued the German robot maker at 4.6 billion euros ($5.5 billion). That same year, it bought majority stakes in Toshiba Corp.’s home appliances business and Clivet SpA, an Italian maker of air conditioners, for undisclosed amounts.

More recent deals include its 13-billion-yuan ($2 billion) purchase of Chinese appliances maker Wuxi Little Swan Co. in 2019. In December 2020, it entered the elevator business with the purchase of Winone Elevator Co. Earlier this year, it agreed to buy a 29% stake in Beijing Wandong Medical Technology Co.