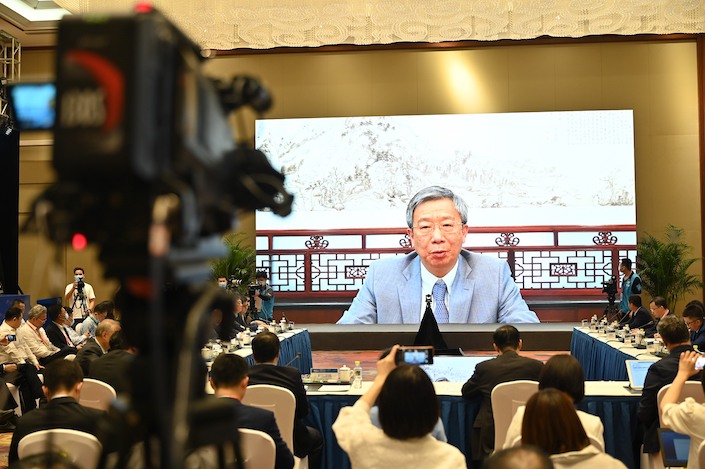 The central bank will mobilize funds to support the national transition to a low-carbon economy, manage financial risks related to climate change and increase international cooperation, Yi said Tuesday in a panel discussion at the Boao Forum on Asia in Hainan province.

Yi said China has less time than developed economies like the U.S. and European countries to achieve its goals and faces a steeper carbon neutrality curve. President Xi Jinping pledged in September that the world’s largest producer of carbon dioxide will top out emissions of the main greenhouse gas contributing to climate change by 2030 and achieve carbon neutrality by 2060.

In 2015, Industrial and Commercial Bank of China (601398.SH) became the first Chinese bank to conduct climate-risk stress tests. But most financial institutions in China have not yet fully grasped the risks associated with climate change and generally lack forward-looking risk prevention mechanisms for climate risks, a PBOC official said.

The challenges of conducting climate-risk stress tests include technical difficulty and a lack of unified methods and standards, a person close to the PBOC said.

In mobilizing funds to participate in the low-carbon transition, the central bank’s main task is to improve green finance standards, strengthen information disclosure and build an incentive mechanism, Yi said. A mandatory information disclosure system will be established to cover all kinds of financial institutions, the governor said.

The PBOC instructed pilot financial institutions to measure the carbon emissions of the projects they support and to assess the climate and environmental risks of projects. China is also exploring the establishment of a national carbon assessment system and a performance evaluation system for financial institutions based on green credit and green bonds, Yi said.

There are still some problems in China's green finance development, Yi acknowledged. For example, the prices of some assets do not fully reflect their negative impact on the environment.

“We will ask financial institutions to make an orderly and gradual green transition,” Yi said.

The PBOC is also pushing for regional cooperation with other central banks on the issue. An executives’ meeting of East Asia Pacific Central Banks organized discussions on investing in green bonds in the region through an Asian bond fund.

The Association of Southeast Asian Nations (ASEAN) is seeking to establish a framework for green investments in the region that could be worth as much as $3 trillion. Last month, the organization’s 10 member countries set up the ASEAN Taxonomy Board, which will develop and maintain a set of categories and definitions to guide members on sustainable economic activities.