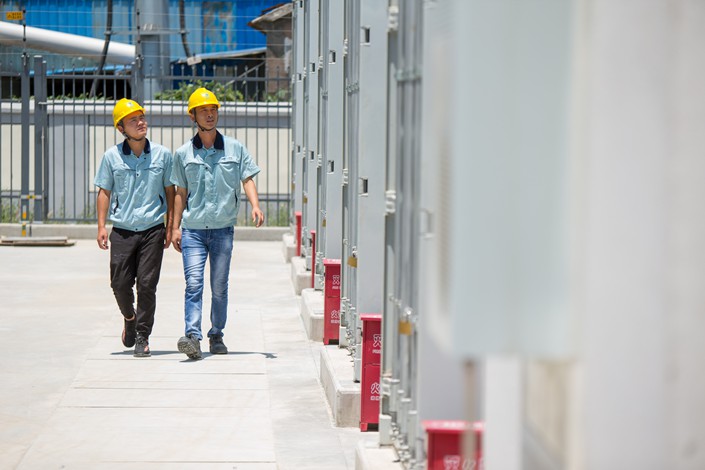 China would rapidly expand its energy storage sector over the next five years under a new draft plan, in promising news for the country’s battery manufacturers.

The Asian nation aims to nearly double its energy storage capacity to more than 65 gigawatts (GW) by 2025, according to proposals released for public consultation on Wednesday by the National Development and Reform Commission and the National Energy Administration.

The proposals (link in Chinese) exclude so-called pumped hydropower, paving the way for the industrial-scale deployment of technologies that store energy in batteries.

That could be a boon for Chinese cell-makers like domestic market leader Contemporary Amperex Technology Co. Ltd. (CATL) and BYD Co. Ltd., both of which have hitched their wagons to escalating demand for energy storage.

The global storage market is poised to grow exponentially over the coming decades as the costs of lithium-ion batteries continue to fall and countries increasingly turn toward low-cost solar and wind power, according to research company BloombergNEF.

The proposals signal strong backing for a surge in battery use that could reinforce planned expansions of solar and wind power generation, said Patrick Dai, an expert on China’s renewables sector and a former research analyst for several investment banks.

Dai said renewable power sources are underused because they can be “unpredictable,” and batteries can help solve that problem. “Power storage is a perfect match for a massive expansion in solar and wind.”

China’s storage capacity reached 35.6 GW last year, 89% of which was pumped hydro, according to a white paper published earlier this month by a government-linked research body. By comparison, battery storage made up just 9%.

Pumped hydro works by using excess grid electricity to pump water into elevated reservoirs and releasing it to generate hydropower during times of high demand. Policymakers have so far favored this method over batteries due to the latter’s historically high costs and relative inability to provide reliable, long-term energy storage.

Beijing’s new proposals change that calculus. The document, which aims to take “emerging” storage technologies from “early commercialization” to “deployment at scale,” explicitly excludes the use of pumped hydro to add 35 GW to China’s total capacity by 2025, a target that could necessitate as much as an eightfold rise in battery storage over the next five years.

By 2030, China will have a world-leading, standardized and “completely marketized” energy storage sector that is fully integrated into the country’s power system, the proposals say.

To achieve that, China’s government will strengthen energy storage planning and guidance, encourage the sector to diversify, push for technological progress and create a healthy market, according to the document.

While the document lacks specific policies, it is possible that Beijing will allow provinces that generate high volumes of renewable power to pilot new storage installations in the next one to two years ahead of a nationwide rollout by the middle of the decade, Dai said.

Pei Zheyi, a former chief engineer at the country’s State Grid dispatch center, said the document was detailed and comprehensive, and marked the first time the government had proposed clear targets for total storage installations.

The recommendation also fleshes out China’s commitment to building a power grid that runs mainly on renewable energy and carries great significance for the country’s aim to build 1,200 GW of wind and solar installations by the end of the decade, Pei said.

According to the proposals, energy storage development is critical for bringing China in line with its pledges to bring planet-warming carbon dioxide emissions to a peak by 2030 and reduce them to net zero by 2060.

The world’s biggest greenhouse gas emitter is set to become the Asia-Pacific’s largest energy storage market by 2024, according to consultancy Wood Mackenzie.

Shenzhen-listed CATL commands around a quarter of the global market for lithium-ion batteries, according to ratings agency Fitch. It has around half of the domestic Chinese market, with secondary players including Warren Buffett-backed carmaker BYD and Shenzhen BAK Battery Co. Ltd.