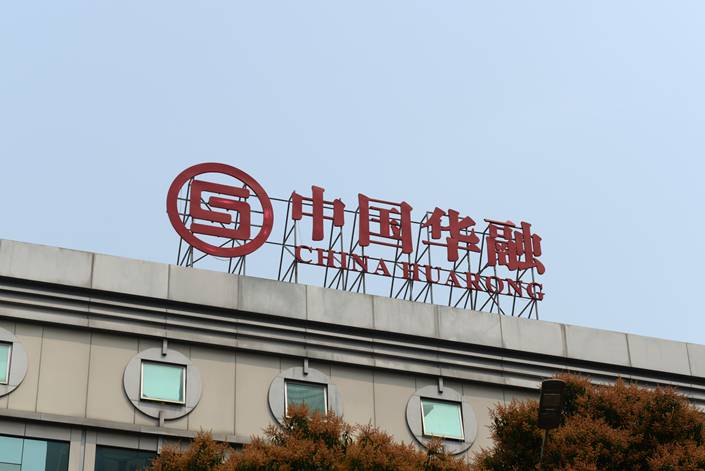 The support comes after China’s financial regulator asked banks to extend loans to Huarong by at least six months to help the company refinance debt, the people said. While news outlets including REDD have previously reported aspects of the China Banking and Insurance Regulatory Commission’s guidance, investors have been looking for clues as to whether it would apply to offshore debt.

Huarong’s offshore bonds tumbled this month after the company missed a deadline to report earnings, fueling speculation of a looming debt restructuring that has roiled credit markets across Asia. With more than $20 billion of offshore notes outstanding — including $3.7 billion due this year — Huarong is one of China’s most prolific borrowers in international markets. It’s also majority-owned by the country’s finance ministry, making it a closely watched proxy of the government’s willingness to backstop the liabilities of state-owned companies.

The lack of clarity around Beijing’s support led Fitch Ratings to cut its credit rating on Huarong by three levels on Monday, a day after the company said it would miss a second deadline to report its annual results at the end of April. Huarong’s dollar bonds due 2022 were indicated slightly higher on Wednesday, with the 3.75% note up 0.2 cent to 81.1 cents on the dollar. The 4.5% perpetual bond was at 65.2 cents, down about 0.2 cent, according to Bloomberg-compiled prices.

While support from banks may help Huarong avoid a near-term default, it’s unclear whether Chinese authorities have decided on a plan to resolve the company’s longer-term challenges. Regulators have been largely silent on the issue, saying only that Huarong is operating normally and has ample liquidity.

Outlines of plans under consideration have emerged in bits and pieces via people familiar with discussions at Huarong and within China’s government.

Bloomberg reported earlier this month that Huarong has drafted an overhaul proposal that would see it offload unprofitable and non-core businesses while avoiding the need for a debt restructuring, though the plan would require approval from Chinese regulators.

Authorities are also said to be mulling a proposal to shift more than 100 billion yuan of assets from Huarong to a unit of China’s central bank. Meanwhile, the Ministry of Finance is considering transferring its ownership stake to a unit of the nation’s sovereign wealth fund that has more experience resolving debt risks.

Huarong, the nation’s largest distressed-debt manager, has financed itself primarily with bank loans and bond issuance. Its borrowings from onshore banks and financial institutions amounted to 766 billion yuan as of June 30, more than double its total bonds and notes outstanding. About 440 billion yuan of its loans are due within a year, according to its 2020 semi-annual report.

Much of that cash is ultimately funneled back into state-run banks via Huarong’s purchases of non-performing loans — an arrangement that helps the banks clean up their balance sheets and may add to their incentives to keep Huarong operating smoothly.

Chinese banks disposed of a record 3 trillion yuan of NPLs last year, nearly a third more than in 2019. The CBIRC said this month that banks should tackle even more soured credit in 2021.