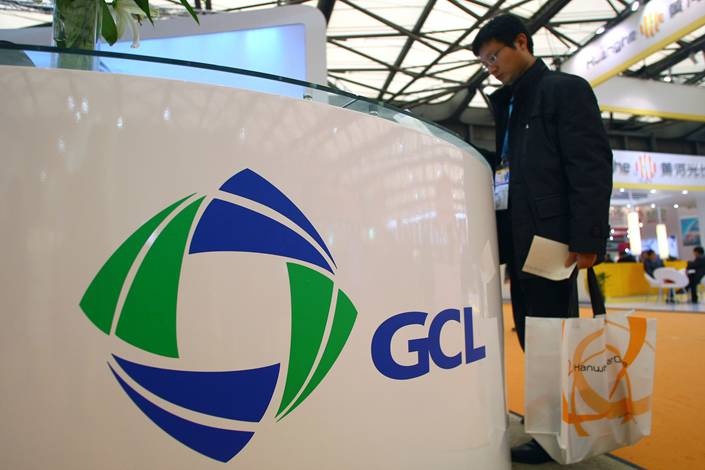 (Bloomberg) — The clock is ticking for scores of Hong Kong-listed companies that look like they will miss a deadline to post their 2020 earnings reports.

Mainland solar power maker GCL-Poly Energy Holdings Ltd. and Hainan Meilan International Airport Co., which operates an airport in China’s southernmost Hainan province, are among the more-than-40 Hong Kong-listed companies that are just days away from missing final deadlines to report their 2020 results.

If they fail to meet the April 30 deadline, some of these 44 companies — with a combined market value of HK$146.8 billion ($18.9 billion) — risk losing key index membership status, according to analysts.

At the very least, these Chinese companies will raise investor concerns about their financial health. They are already part of a slew suspended when they missed an earlier March 31 deadline for preliminary earnings.

“Of course, investors in these stocks are worried about their financial situation,” said Louis Tse, Hong Kong-based managing director at VC Asset Management Ltd. “It’s difficult for their auditors to get enough information to form an opinion,” he added, saying the pandemic made it tough for auditors to travel and verify information in person, for instance.

Unpaid debt or weak corporate governance could also be blamed for delayed audit reports, he said.

Of the more than 50 companies that missed the March 31 deadline for preliminary reporting, just seven have ended up releasing reports. Among them, mobile technology firm China Baoli Technologies Holdings Ltd. has halved since it resumed trading, while computer hardware firm Jiangsu Nandasoft Technology Co is down 24%

GCL-Poly Energy, Hainan Meilan International Airport and Asia Cement China Holdings Corp. are among the biggest of the 44 to have been suspended for failing to report on time. All three have said their auditors need more time to sign off on the results.

China Huarong Asset Management Co Ltd., the embattled state-owned bad debt manager that recently faced a meltdown in its bonds, is the second-biggest among the halted companies. It had said it won’t report its earnings by the April 30 deadline, and was delaying its 2020 earnings because its auditors needed more time to finalize an unspecified transaction.

In each of the past four years, no more than 10 companies have delayed their annual earnings reports. Numbers were small for delays even last year, when the pandemic disrupted business activities and in 2019 — a year of pro-democracy protests in Hong Kong.

Long-term trading suspensions by companies that fail to report their earnings on time have exposed problematic companies in the past. China Huiyuan Juice Group Ltd., once one of the nation’s biggest juice companies, had been suspended from trading from April 2018 after it failed to submit its 2017 results on time. The company was delisted in January this year.

Kenny Wen, strategist at Everbright Sun Hung Kai Co., said there is a risk that some index compilers might review and remove shares that have been suspended for too long. Huarong is a member of the MSCI Emerging Markets Index, while both Huarong and GCL are in the Hang Seng Composite Index.

“If index compilers remove stocks like Huarong from their indexes when these companies are suspended, there could be selling pressure when they resume trading,” Wen said.

The Hong Kong stock exchange delists companies that have been suspended from trading for 18 months, although the firm can appeal in that period and actual delistings tend to be rare.