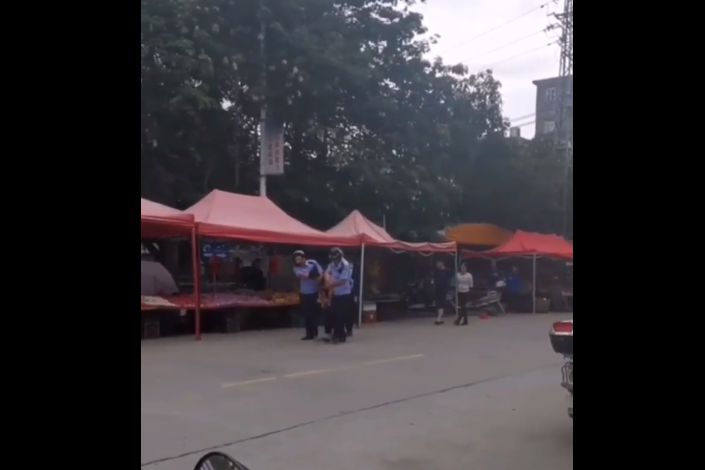 The suspect who injured 18 in a kindergarten in Guangxi has been taken into police custody on Wednesday afternoon. Source: Tianmu News

What’s new: A knife-wielding man injured 16 children and two teachers on Wednesday afternoon at a kindergarten in the city of Yulin in South China’s Guangxi Zhuang autonomous region, according to Chinese media reports.

Two of the children injured in the incident are in a critical condition, a local official told Tianmu News, an online news website affiliated with the official Zhejiang Daily Press Group.

The suspect, whose motive is not immediately clear, has been taken into police custody, according to the Xinhua News Agency.

What’s more: The incident took place at about 2 p.m. on Wednesday in Jianle kindergarten located in Yulin’s Xinfeng township.

A witness surnamed Zhang told Tianmu News that he rushed to the kindergarten after the incident and saw the suspect had been arrested. “The injured were being taken away from the venue, some bleeding,” Zhang said.

The local officials said without elaboration that “All the injured have been transferred to hospital, and some of them died despite emergency rescue efforts,” according to the Tianmu News report.

Government agencies are investigating the incident and will release detailed information later, the report added.