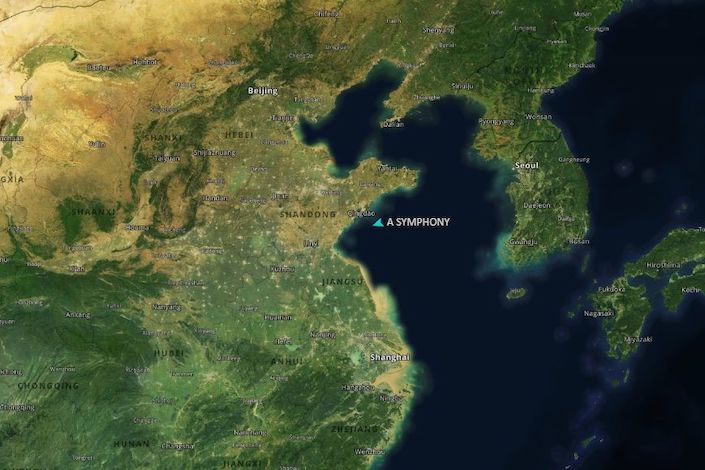 The A Symphony, a Suezmax tanker that’s capable of carrying about 1 million barrels of crude, was struck by a bulk carrier just off Qingdao port

(Bloomberg) — A 900-foot crude tanker leaked oil into the ocean just outside China’s biggest refining center, raising the specter of environmental damage and disruption of shipments.

The A Symphony, a Suezmax tanker that’s capable of carrying about 1 million barrels of crude, was struck by a bulk carrier just off Qingdao port, causing it to spill oil into the sea, according to Goodwood Ship Management, the technical manager of the vessel. Nearby vessels are being instructed to stay at least 10 nautical miles (18.5 kilometers) away from the area, the Chinese maritime safety agency said Tuesday in an alert.

All of the tanker’s crew members have been accounted for, and no injuries have been reported, the ship manager said in a statement. While local response experts have been deployed to contain the oil spill and begin cleanup operations, the efforts are being hampered as the port is closed due to poor visibility, it said.

The spill could threaten operations at Qingdao port in Shandong province, the biggest crude-receiving terminal for the world’s largest importer and a hub for private refiners that account for about a quarter of China’s total processing capacity. Oil spills typically take weeks or months to clean up and could damage the area’s ecosystem as well as livelihoods that depend on the sea.

The spill was at the emergency-response stage and hadn’t yet reached the pollution-evaluation level, an official at the dangerous goods anti-pollution department of the Maritime Safety Administration said by phone. Calls to the Ministry of Transport went unanswered.

The vessel was most recently signaling Qingdao as its next destination, according to ship-tracking data compiled by Bloomberg. It had a draft of 17.1 meters, suggesting it was fully laden with oil.

Before heading to China, the ship visited the waters off Malaysia’s Sungai Linggi, a popular spot for so-called ship-to-ship transfers in which oil is moved from one vessel to another. Such activities are sometimes carried out to transfer cargoes between vessels or to obscure the origin of the oil on-board.

The cargo on board is a bitumen mix, according to MTI Network, an external company representing the vessel’s technical manager Goodwood. It remains too soon to evaluate the size of the spill.