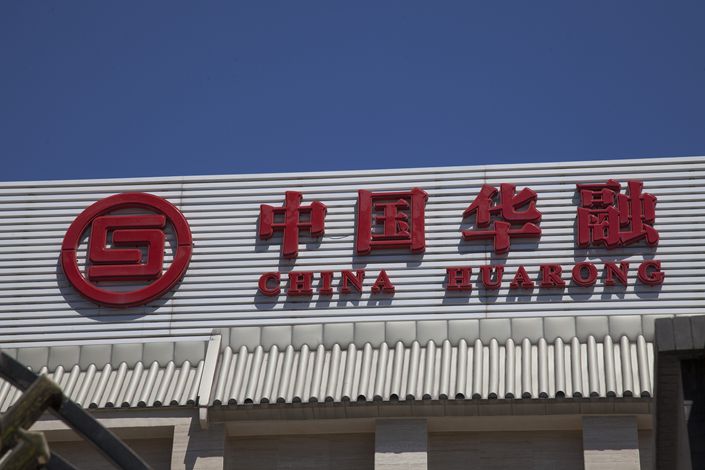 With $6.5 billion worth of Huarong bonds maturing this year, there’s a lot at stake in a successful resolution to the state-owned bad-asset manager’s challenges.

(Bloomberg) — It’s been another dramatic week for China Huarong Asset Management Co. Ltd., with a drip-feed of news offering investors a range of potential outcomes for the company’s future.

Fitch Ratings cut its credit rating on China Huarong close to junk on Monday, a day after the company said it would miss a second deadline to report its annual results. The firm used a loan given by a state-owned bank to repay an offshore bond maturing Tuesday, according to a Bloomberg News report. While that suggests state support will be extended to Huarong’s offshore debt, it raises questions over whether the company is short of cash.

With $6.5 billion worth of bonds maturing over the rest of this year, there’s a lot at stake in a successful resolution to Huarong’s challenges. The company is deeply entwined in the country’s financial system: on Wednesday, the nation’s largest life insurer told investors it was exposed to “non-standard assets” issued by China Huarong, according to Citigroup Inc. analysts.

A debt restructuring could force investors to shoulder some of the financial burden, while a default would undermine confidence that the government will back the nation’s state-owned firms in times of stress. On the other hand, an equity injection or full-blown financial bailout would be the best-case scenario for bondholders, but would go against government efforts to make markets punish badly run firms.

So far, only the China Banking and Insurance Regulatory Commission has publicly commented on Huarong, saying the company is operating normally and has ample liquidity.

Here are some of the potential outcomes analysts are considering:

A ‘bail in,’ rather than a bailout. Even if authorities inject capital into Huarong, equity and debt holders bear the majority of the costs of restructuring. Either creditors accept a steep haircut or face the possibility of a default.

Another example can be seen in the central bank’s rescue of troubled Bank of Jinzhou Co. Ltd. Chengfang Huida, a fund managed by the central bank, last year bought Bank of Jinzhou assets at a 70% discount. This is “the market price,” the central bank said in its 2020 financial stability report. Separately, the troubled business arm of a top Chinese university may impose haircuts approaching 70% on its unsecured creditors as part of a debt restructuring plan, people familiar with the matter said Wednesday.

Bloomberg earlier reported the government is considering a plan that would see a unit of the People’s Bank of China assume more than 100 billion yuan ($15 billion) of Huarong’s assets. Further details on how the arrangement would work weren’t clear.

A milder case for offshore bondholders would involve splitting China Huarong International Holdings Ltd. into bad and good entities, with the dollar debt included in the latter. In this scenario, Beijing would spin off the bad entity, protecting the unit that issues or guarantees most of Huarong’s dollar bonds.

A clear separation — with transparency over which assets are transferred to where — would help restore investor trust in the good entity. China may still need to make an equity injection to shore up the good entity’s balance sheet. These changes wouldn’t necessarily be pain-free for bondholders, though the costs would be lower than the most bearish scenario.

A full and speedy bailout without a haircut imposed on investors. There’s no restructuring of the debt; the firm releases its 2020 earnings. The central bank assumes full responsibility for the firm’s finances and authorities clearly state their support for the company.

China Huarong commits publicly to honor the keepwell provisions on nearly $22 billion of its dollar bonds. All the overseas units repay the $3.7 billion of outstanding offshore notes due this year in a timely manner.

Improved investor confidence and a recovery in the firm’s dollar bond prices allow China Huarong’s international units to raise funds at an affordable cost in the offshore market, easing concern about refinancing.