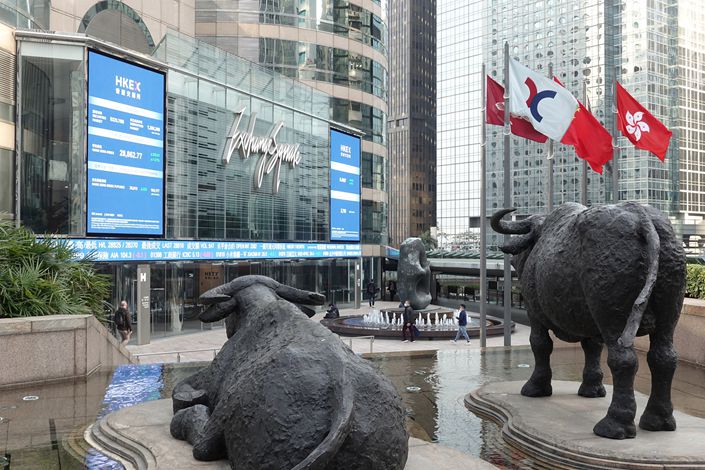 (Bloomberg) — Hong Kong is counting on a fresh inflow of overseas firms selling shares in the financial hub as it proposes to ease its listing rules.

The exchange is seeking to lure more firms, in particularly those from the Chinese mainland amid tension over their ability to trade on U.S. exchanges. It has proposed expanding listing rules to include secondary listings to all companies as long as they have one vote per share. Currently, only innovative and high growth dual-class share firms are eligible for secondary listings in Hong Kong. It also wants to lower the minimum market capitalization for secondary listings.

Hong Kong Exchanges & Clearing Ltd. has estimated about 18 Chinese companies currently listed elsewhere could take advantage of the new rules. “Through these changes, HKEX will become more welcoming and accommodating to overseas potential issuers,” Christina Bao, head of global issuer services, said in an interview with Bloomberg on Thursday.

Even so, it faces formidable competition from the U.S., whose depth of capital has long been a potent lure for Chinese companies. Despite tensions and U.S. sanctions being imposed, Chinese firms are listing in the U.S. at the fastest pace ever.

Bao, however, said Hong Kong offers advantages, and those that have chosen to sell shares in the city this year have a larger average float size than those which opted for the U.S. “If issuers are seeking a wide recognition from both the Chinese mainland and the rest of the world, Hong Kong is the place,” she said.

The exchange this week reported record quarterly earnings in the first three months of the year driven by a boom in listings. Funds raised in initial public offerings jumped ninefold in the period. Big name Chinese companies such as streaming platform Bilibili Inc. and search giant Baidu Inc. sold shares.

The new rules are the next step after the exchange operator in 2018 introduced major reforms to allow companies with weighted voting rights and pre-revenue biotech firms to list in Hong Kong. That brought tech giants such as Alibaba Group Holding Ltd., Meituan and Xiaomi Corp. to the city and made it the world’s second-largest biotech fundraising hub.

Since the new rules were introduced, 146 new economy companies have listed in Hong Kong, accounting for 61% of the IPO funds raised, according to HKEX’s data. Among them were 31 pre-revenue biotech companies and 13 secondary listings.

These companies made up 95% of funds raised in the first quarter of this year, Bao said.

The consultation period on the new proposal runs until May 31.