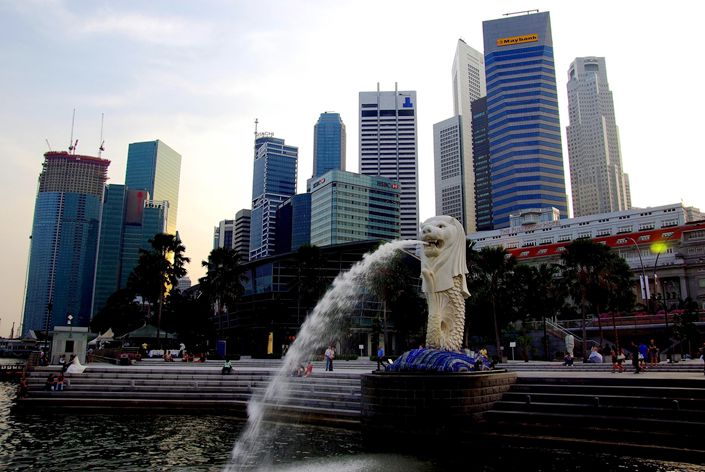 A view of the Singapore Financial Center on October 2, 2020.

(Bloomberg) — Singapore banks are pressing on in their transition away from the discredited London interbank offered rate as financial centers around the world are facing deadlines to move off Libor-priced loans and securities.

After Friday, lenders and borrowers must stop using the Singapore dollar swap offer rate (SOR), computed using Libor, for new loans and other so-called cash products and use a new benchmark. That’s the guidance that’s been in place since last year from a steering committee formed by the city-state’s central bank.

The amount of such financial instruments, including business and syndicated loans as well as retail mortgages, stood at about S$170 billion ($128 billion), according to a survey conducted by the Monetary Authority of Singapore in the first half of last year. While banks don’t yet need to migrate any of those outstanding contracts to a new pricing benchmark, they will ultimately need to do so, unless the contracts expire before SOR is axed for good. There were also some S$2.1 trillion in derivatives tied to SOR, and the committee proposed last year that banks substantially reduce exposure to them by the end of September 2021.

Policy makers around the world are developing new gauges to replace Libor after European and U.S. banks were found to have manipulated it for their own gain. Libor is deeply embedded in markets. Some $200 trillion of derivatives are tied to the U.S. dollar benchmark alone and major global banks will spend more than $100 million this year preparing for the switch.

Different countries have different key deadlines. The global Libor administrator late last year said it was consulting to extend the retirement date for some U.S. dollar rates until late June 2023, after the pandemic stoked fear markets weren’t ready for the seismic shift.

Singapore, which is moving to replace SOR with the Singapore overnight rate average (SORA), has been one of the faster adapters. It was among the first nations to auction debt linked to an alternative benchmark when it sold notes linked to SORA in August.

The Southeast Asian financial center still faces challenges in the transition to a Libor alternative, given the limited historical use of the domestic interbank funding market, said Philip McNicholas, Asean FX and rates strategist at Bloomberg Intelligence.

However, as SORA is based on an average of past overnight lending rates, it may bolster the interbank lending market depth and liquidity, producing better and more efficient price discovery.

A spokesperson for the Association of Banks in Singapore said that the banks represented in the steering committee subgroups on business/syndicated loans and consumer products are on track to meet the timelines.

Here’s what some of the big banks in the country are saying:

Since the end of February, OCBC has been offering a full range of SORA-based products, said Koh Ching Ching, head of brand and communications.

DBS, along with Industrial & Commercial Bank of China Ltd., last year signed a club loan of S$200 million with agricultural commodity trader Olam International Ltd. that was the first such facility pegged to SORA.

UOB and CapitaLand in September entered into a pact for a two-year S$200 million term loan. The dual-tranche loan referenced both SORA and the secured financing rate, the first of its kind in Singapore.

More than 60% of property loan customers say they are drawn to the stability of SORA-based interest rates, UOB said in a press release earlier this month.