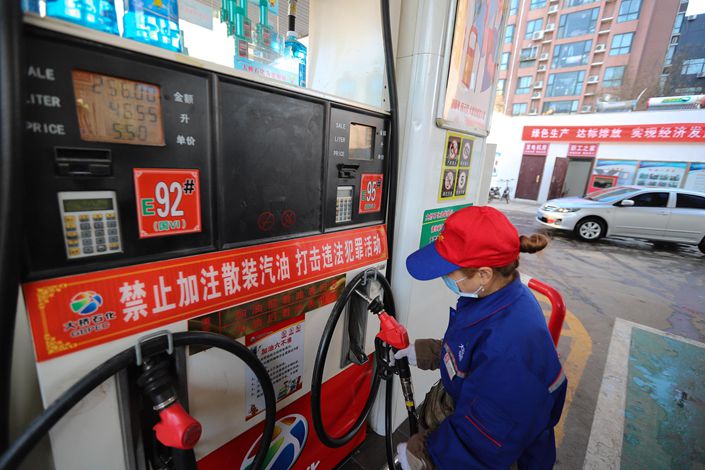 The Asian nation’s illicit LCO trade has thrived for years under tax rules exempting it from the consumption duty applied to diesel. Photo: VCG

They suggest the police investigation into BP Guangzhou Development Oil Products Co. Ltd. may be more extensive than initially thought, after Reuters reported last month that two staff had been questioned.

Guangzhou police declined to comment. It remains unclear whether the individuals are suspected of any wrongdoing.

China has targeted the illegal fuel market for years in a bid to ensure product quality in its state-linked gas station network, build compliance across its transport sector and reduce air pollution. Officials at a meeting of government agencies, oil companies and shipping firms last month discussed plans to rein in the illicit fuel trade and tackle pollution in major Guangdong cities, Reuters reported.

The Asian nation’s illicit LCO trade has thrived for years under tax rules exempting it from the consumption duty applied to diesel, which is about 1,400 yuan ($216.26) per ton.

The difference has made LCO lucrative for traders, who typically import it from overseas, blend it with diesel and sell it at below market prices.

The province imported 5.4 million tons of LCO last year, accounting for more than a third of total national imports of the fuel, according to Chinese customs data.

Some traders evade scrutiny by selling the blended fuel under the table to fishers, miners or construction firms, while others use fraudulent invoices to sell it to gas stations at the normal rate, according to a senior trade official who requested anonymity in order to speak freely.

In mid-April, Guangzhou police took in six employees of BP Guangzhou Development Oil Products on suspicion of producing or selling fake or substandard products, according to three people with direct knowledge of the matter.

Those detained work in company departments responsible for sales, contracts and shipping documents, the sources said.

The other detentions involve people working in provincial food imports, transportation, storage, sales, testing and forwarding, Caixin understands. It is unclear whether any of them have ties to the venture or its detained staff.

In a statement Tuesday, BP Guangzhou Development denied that it was under investigation, adding that it operates within the law and reserves the right to take legal action against what it called “untrue reports online and in the market.”

A London-based spokesperson for BP declined to comment. Multiple calls to the company’s Beijing office went unanswered on Tuesday, a public holiday in China.

According to the company’s website, BP Guangzhou Development was set up in 2003 as a joint venture between the British oil giant and a subsidiary of Shanghai-listed Guangzhou Development Group Co. Ltd. (600098.SH). BP holds a 40% share in the venture, while its Chinese partner owns 60%, the website says.

BP Guangzhou Development owns Nansha Terminal, a major deep-water port in the Pearl River Delta, as well as 50% of another terminal that specializes in the transfer of petrochemicals.