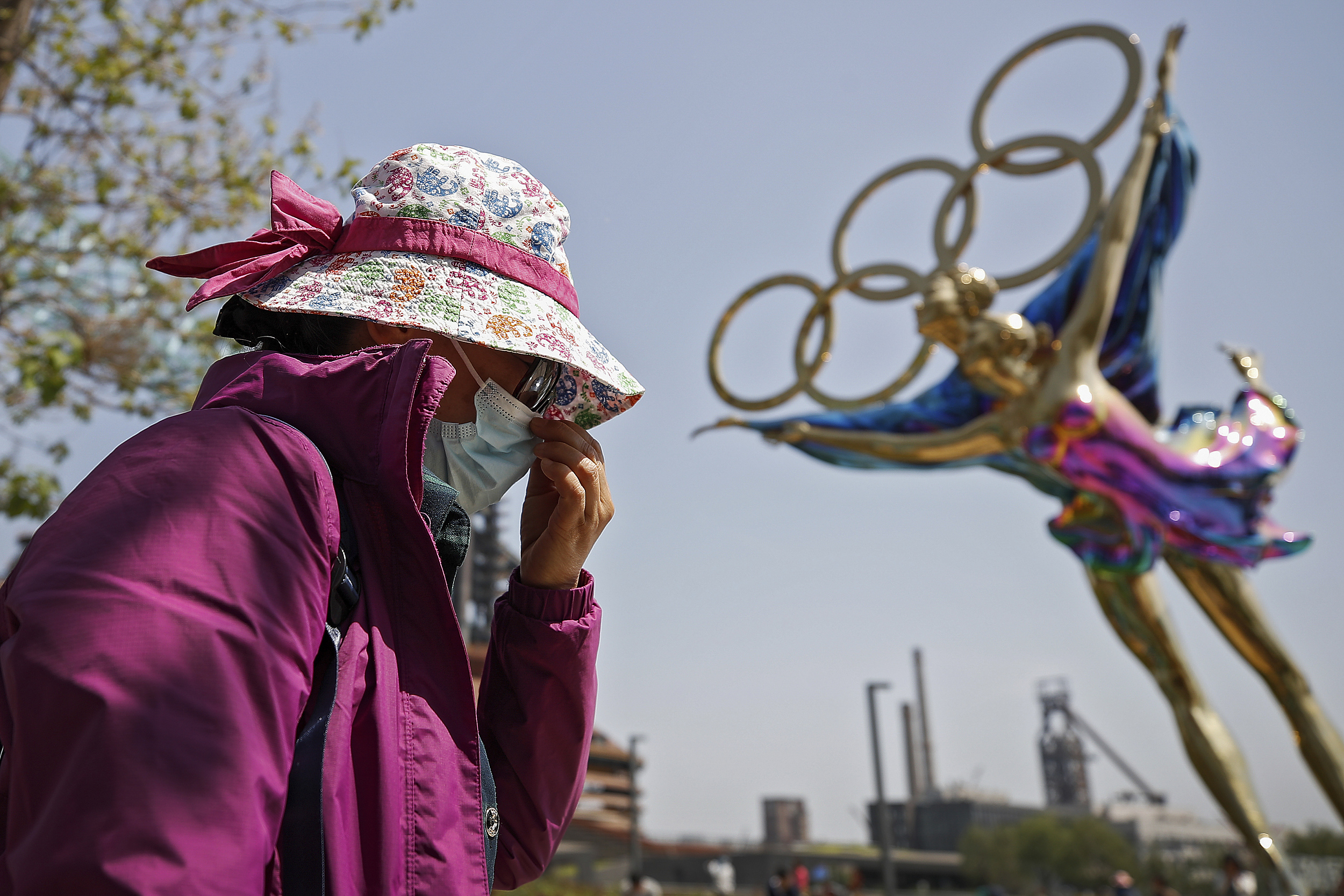 A woman adjusts her face mask as she walks by a statue featuring the Winter Olympics figure skating on display at the Shougang Park in Beijing, Sunday, May 2. Photo: VCG

(Bloomberg) — Chinese President Xi Jinping has told the International Olympic Committee he’s certain the 2022 Winter Olympics will be held as planned, a show of confidence that comes as the rest of the world struggles to contain Covid-19.

The Asian nation has completed construction on all the necessary sports venues, Xi said, and it willing to work with the IOC on vaccine measures to protect athletes from the virus.

China’s assuredness regarding the Olympics stands in contrast to Japan, where opinion polls show most voters want the summer games set to start July 23 postponed or canceled because the nation is dealing with a rise in virus cases. China has sought to project confidence that the Winter Games scheduled for February next year will proceed as scheduled, with Xi telling a group of diplomats last month that his country would host “a simple, safe and splendid Olympics.”

Bach said he opposed politicizing the Olympics and fully supported China holding the Winter Games as planned, according to CCTV. Those comments come as China has been criticized by Western nations for its activities in Xinjiang.

Earlier this year foreign diplomats in Beijing were discussing the merits of a boycott of the Winter games over the controversy. Most of the envoys, who declined to be named, were skeptical a full boycott would happen but they raised the possibility that top dignitaries would avoid Beijing while athletes compete and sponsors take part.

Separately, Xi told UN Secretary-General Antonio Guterres in a phone call Thursday that major countries should set an example by providing more public goods to fight the pandemic, accord-ing to a statement from China’s Ministry of Foreign Affairs.