Editorial: What Consolidating the Foundation and Cultivating Vitality Means for the Chinese Economy 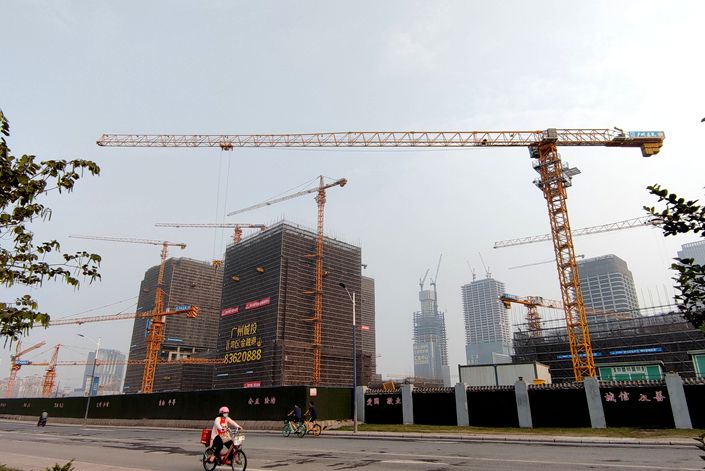 Last month China released its first-quarter economic data for 2021, prompting endless discussion. It shows that to properly adjust China’s future macro policy and advance structural reform, one must accurately comprehend China’s economic situation a year after the outbreak of Covid-19.

At the recent meeting of the Central Political Bureau of the Communist Party of China (CPC), calls were made for a dialectical take on the first quarter economic data; there were also frank admissions of unevenness in the economic recovery and instability in the economic foundation. During the meeting, a special goal was put forward — “consolidating the foundation, cultivating vitality and stabilizing expectations.”

So what are the “foundation” and “vitality” in terms of the Chinese economy? We believe that “foundation” refers to domestic demand while “vitality” refers to private investment and investment in the manufacturing industry. The concept is supplemented by that of systems and mechanisms as the “basis” and entrepreneurship as the “spirit.” These are the factors that, in combination with targeted macroeconomic policy, can help China consolidate its economic foundation, cultivate economic vitality and realize stable, long-term economic development.

China achieved some good economic stats in this year’s first quarter. GDP saw year-on-year growth of 18.3%; major economic indicators realized two-digit year-on-year growth as well — including the added value of the industrial enterprises above designated size, total retail sales of consumer goods, fixed asset investment (excluding farmer households) and total import and export of goods. These hard-won achievements signify that the Chinese economy has successfully withstood the impact of the epidemic and is recovering in both supply and demand.

However, the flashy economic data is somewhat exaggerated considering last year’s low economic base. Taking GDP as an example, the quarter-on-quarter GDP growth rate in first quarter 2021 was only 0.6%, indicating that current economic growth is positive but marginal; meanwhile, the two-year average GDP growth rate is 5.0%, which is also lower than its pre-epidemic level. Clearly there is some instability in China’s foundation for economic recovery, and we have yet to fully escape the clutches of the epidemic’s effects.

That’s precisely why we need to focus on “consolidating the foundation and cultivating vitality.” The main reasons China was able to achieve positive economic growth last year after the outbreak of Covid-19 and double-digit positive growth this year were the extraordinary performance of foreign demand and the centripetal force of infrastructure construction. But this kind of growth lacks sustainability, and improvements still need to be seen in manufacturing investment (especially private investment) and domestic consumer demand.

These challenges facing macroeconomic policy should not be taken lightly. Low investment in the manufacturing industry and weak private investment are not only reflections of the current economic situation; they are also clear signs of imbalance in China’s economic structure. In the first quarter, China’s growth in manufacturing investment was 29.8% year-on-year, but two-year average growth was down by 2%. Private investment, meanwhile, had 26.0% year-on-year growth, but its two-year average growth rate was only 1.7%. Manufacturing investment is both the basis and leading indicator of the real economy’s supply capacity, so these data show that Chinese enterprises are still faced with numerous difficulties in production and operations. Rather than simply taking it as the effect of the epidemic on supply and industrial chains, we should explore the causes of lagging private investment in greater depth.

The Chinese economy is less restricted by speed than by factors of structure and dynamism. The CPC Central Political Bureau meeting proposed “making full use of the period with low pressure on stable economic development” and “intensifying efforts to deepen the supply-side structural reform while eliminating obstacles for a smooth domestic circulation and unhindered dual circulations at home and abroad.” Specific measures were also proposed to “lead industrial upgrades and optimization, enhance national strategic technological strength, actively promote the industrial internet and accelerate industrial digitalization” and to “conduct work for peak carbon emissions and carbon neutrality in an orderly manner and develop renewable energy.” These decisions and measures have clarified the direction of China’s economic transformation. Of course, these lofty goals come with a precondition — dealing with the lack of manufacturing and private investments as soon as possible.

It was precisely to this end that the CPC Bureau meeting stressed the need to “accelerate the recovery of domestic demand as well as manufacturing and private investments” and proposed “to formulate a plan of action for promoting common prosperity” and “support the continuous expansion of domestic demand expansion with growth in the incomes of urban and rural residents” as well as “to facilitate reform and opening up, thoroughly implement the three-year action plan for the reform of state-owned enterprises and optimize the business environment for the development of the private economy.” These requirements are consistent with the past several years of central strategy, and are just what is needed to consolidate the foundation and cultivate vitality. The question, however, is how to implement them effectively. Shortly before the Bureau meeting, President Xi Jinping had stated during a local inspection visit that “I hope all private enterprises can develop boldly.” President Xi’s words hold the key to recovering private investment. Authorities and local governments at all levels should research the obstacles preventing private enterprises from developing confidently, identify measures to eliminate these obstacles and, if they are not eliminated, be held accountable for that failure. Private enterprises’ ability to develop boldly should become a yardstick for measuring the political position of local governments at all levels and officials of various departments.

Consolidating the foundation and cultivating vitality are inseparable from targeted macroeconomic policy. As proposed in the meeting, “China should adopt a proactive and meticulously implemented fiscal policy, uphold the bottom line for maintaining people’s basic livelihoods, salaries and operations at the grassroots level and make full use of its role in optimizing economic structure.” Meanwhile, “a prudent monetary policy should maintain reasonable and sufficient liquidity and provide more support to the real economy, key areas and weak links.” More important is deepening the supply-side structural reform, upholding the principle of competitive neutrality in practice, safeguarding and promoting fair competition, protecting the legal rights and interests of private enterprises in accordance with the law and formulating appropriate systems and mechanisms to harness the power of entrepreneurship. Besides reinforcing supervision over the platform economy and intensifying anti-monopoly efforts in the internet field, China needs to do more to break down all manner of administrative monopolies, expand market access in relevant industries and offer equal opportunities for development to enterprises under different types of ownership. This is essential to achieving the broadly stated goals.

Recovering manufacturing and private investments should be recognized as a long-term approach, instead of some makeshift measure, to balance the macro economy and reinforce the economic basis. Consolidating the foundation and cultivating vitality go beyond mere utilitarianism — they are rights that enterprises and citizens should naturally enjoy. Only through this understanding can governments at all levels be compelled to “give support when private enterprises are in need and guidance when they become confused” (in the words of President Xi). This way, enterprises of all ownership types can develop themselves boldly, not only with stable expectations, but also peace of mind. It will also be a sign of China’s success in consolidating the foundation and cultivating vitality.