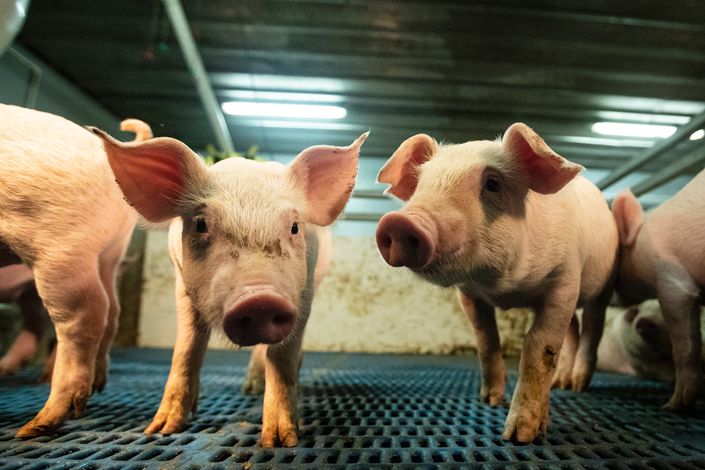 (Bloomberg) — The rout in China’s hog prices is getting worse.

Futures in Dalian extended a slide to the lowest since January as government restrictions on live-hog transportation spurred a temporary imbalance in the local market. Producing regions in northeast China are at risk of oversupply as they’re not able to move the animals to key consumption areas in the south.

While that’s good news for the country’s food inflation, which is set to rise moderately this year compared to 2020, it may put the cash flow of hog producers under pressure. As prices declined, investors sold off stock in pig breeding companies including Muyuan Foods Co., Wens Foodstuff Group and New Hope Liuhe Co.

So far, the large producers have reported higher sales, which helped to offset the impact of lower prices. Muyuan Foods, the country’s largest hog breeder, reported sales of more than 10 million hogs in the first four months compared with 3.8 million a year earlier. Jiangxi Zhengbang, the second-biggest, said its hog sales jumped 143% in April from the previous year.

However these producers are a small portion of the overall industry. “At these levels a lot of the smaller farmers are losing money,” Friedrichs said. “If those farmers are stepping back, we could see higher prices in three to six months as supplies tighten.”