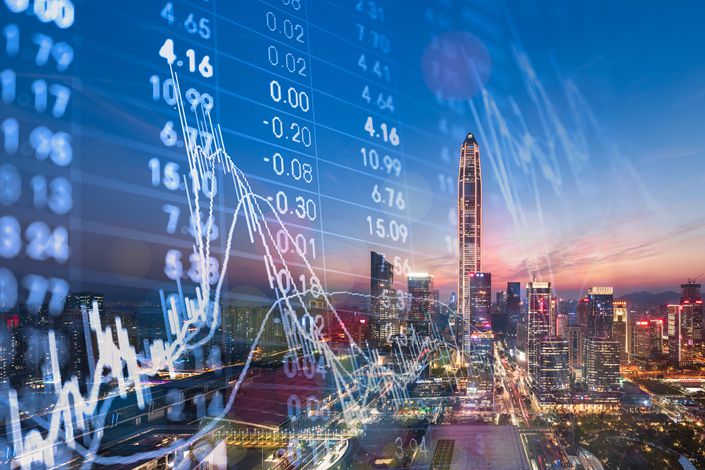 (Bloomberg) — Chinese corporations are defaulting on local bonds at the fastest pace on record, as authorities ramp up efforts to introduce more financial discipline and transparency in the world’s second-largest debt market.

Firms so far this year have failed to make payments on 99.8 billion yuan ($15.5 billion) of onshore bonds, according to Bloomberg-compiled data. While 2021 is set to be the fourth straight year the 100 billion yuan level has been topped, it previously hadn’t happened before September. For all of 2015, when China’s stock market crashed, defaults totaled just 8.9 billion yuan.

Missed payments are running at a record pace this year, following the late 2020 defaults of some state-linked firms that affirmed convictions that authorities in China are increasingly willing to not bail out weak firms. The recent tumult surrounding bad debt manager China Huarong Asset Management Co. Ltd. raised fresh questions about support for central state-owned firms, even as the risk of contagion remains relatively contained. Signs of a maturing credit market have helped Chinese officials’ effort to refocus on financial risks in areas like asset prices and debt levels.

Ultimately, more defaults are part of a healthy credit market with a genuine high-yield onshore sector and adequate pricing of risk, according to Jean-Charles Sambor, head of emerging-market debt at BNP Paribas Asset Management.

“Policy makers are willing to draw a line in the sand between what is systemic and what is not,” he said. “They want to inject more credit risk in the system and change the mindset of investors, forcing them to look more at stand alone credit risk rather than speculating on the likelihood of support from the central government.”

Real estate firms are leading this year’s surge in onshore bond defaults, as authorities tighten access to funding in the debt-laden sector. Developers have made up about 25% of those missed payments with the government’s “three red lines” policy increasingly weighing on these borrowers. Payment failures at China Fortune Land Development Co. Ltd. and Tianjin Real Estate Group Co. Ltd. topped 10 billion yuan in the first quarter, according to Bloomberg-compiled data. They also did for chipmaker Tsinghua Unigroup Co. Ltd. and Hainan Airlines Holding Co. Ltd.

Defaults on offshore bonds have also ramped up — logging a combined $3.7 billion in January and February but none since, according to Bloomberg-compiled data. Still, that’s nearly half of 2020’s full-year $8.3 billion.