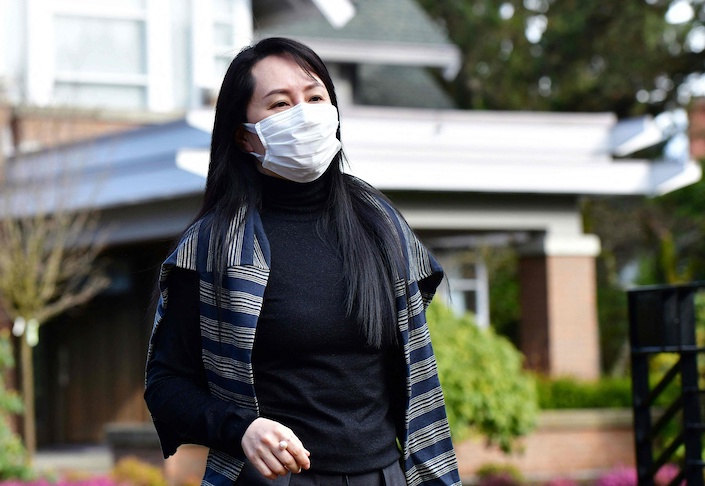 Meng Wanzhou leaves her Vancouver home for court on April 19, 2021.

At a brief scheduling meeting Wednesday, a British Columbia Supreme Court judge set June 29–30 for a hearing on whether new evidence will be admitted in the case. Meng’s lawyers told the court they plan to file an application to introduce new evidence June 7.

The court also confirmed that the final phase of hearings in the extradition case will begin Aug. 3, although that date could be pushed back a week if new evidence is admitted.

Meng, the eldest daughter of Huawei founder and CEO Ren Zhengfei, was arrested in December 2018 at Vancouver International Airport on a U.S. warrant. She is accused of misleading HSBC about Huawei’s business dealings in Iran, causing the bank to breach U.S. sanctions.

Meng denies the charges and has been living under house arrest in Vancouver. The U.S. requested to have her extradited to face trial in New York.

For more than two years, her lawyers have pushed to have the case thrown out, arguing that due process was subverted by political maneuvering, that Canadian authorities abused the process in detaining Meng and that the U.S. didn’t have jurisdiction to bring the request in the first place.

Last month, Meng’s lawyers asked the Supreme Court of British Columbia to put proceedings on hold until August to give them time to examine documents from HSBC that were released by order of a court in Hong Kong. The court had originally been expected to hear final arguments in the extradition case this month.

The nature of the documents has not been revealed, but Meng’s lawyers say they hope the contents will bolster her defense.

Meng’s case has become a flashpoint in U.S.-China relations, with Canada caught in the middle. Within days of her arrest, China detained two Canadians — Michael Spavor and Michael Kovrig — on national security charges.