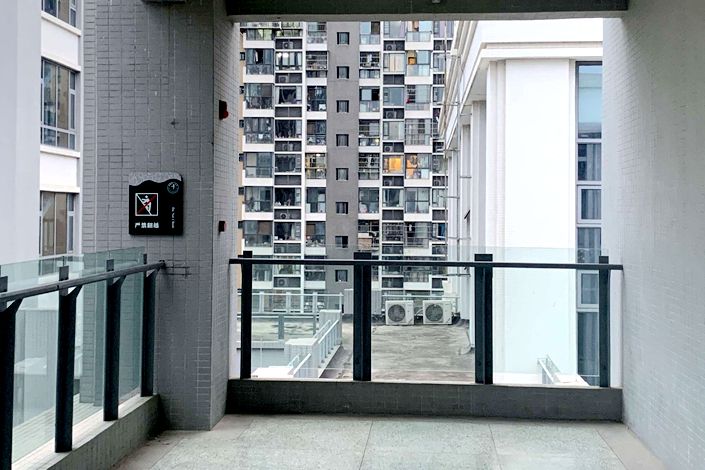 Police in the southwestern Chinese city of Chengdu have disclosed surveillance video footage and additional details about the investigation into the death of a high school student, a case that has been widely followed on social media, with internet users demanding all evidence about the cause of death to be made public.

The municipal police department in Chengdu have concluded that the 17-year-old student, surnamed Liu, fell to his death Sunday evening from a platform that connected the fourth floor of the No. 49 High School with its gymnasium, according to a detailed report that the state-run Xinhua News Agency published Thursday.

Liu’s footprints were found on the ground, the protective barrier and glass of the platform that he fell from, the report said. His fingerprints were also extracted from the outside of the protective glass, it said.

Local police concluded that no other person had entered the area before Liu fell from the platform, based on the footprint evidence and signs that he climbed over the protective barrier and glass, the report said.

Police said there were no school surveillance cameras that covered the connecting platform because the area was not often used, the report said. Thus the victim was seen most of the time by the school’s surveillance cameras from 6:16 p.m. to the time of his fall ― except the 10 minutes from 6:39 p.m. to 6:49 p.m. on Sunday evening when he was on the platform.

Based on the videos released by police, Liu was last captured by a surveillance camera at 6:49:28 p.m., when he was falling from the platform.

The surveillance videos had been initially collected by local police for their investigation. And they prohibited the videos from being made public because they were evidence in an ongoing investigation. The victim’s father, an unnamed relative and a lawyer had not seen the videos in their entirety until Monday morning, the report said.

The possibility of poisoning has also been ruled out. Local police said that no poisonous substance, including pesticides, rodenticides or sleeping pills, were found in the victim’s blood, the report said. The victim died of injuries he sustained in the fall, it said.

Liu’s body was found on a sidewalk with a utility knife near his right arm, the report said. Before going upstairs, he was caught by the school’s surveillance cameras using what appeared to be a knife to cut his left wrist multiple times in the school’s water pumping room in the basement, it said.

An earlier statement released Tuesday by the city’s Chenghua district government, which has direct jurisdiction over the high school, ruled out criminal involvement in the incident and concluded the student committed suicide.