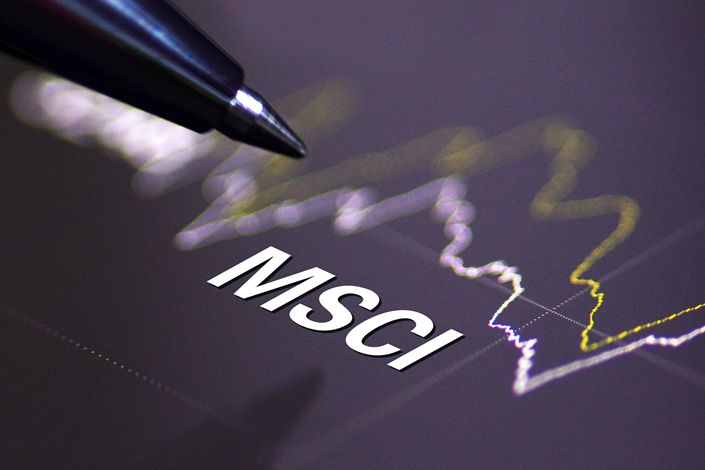 (Bloomberg) — China’s most widely-followed stock benchmark tumbled into a bear market after a selloff in some of the nation’s biggest technology firms.

The MSCI China Index slid 3% Thursday, extending losses from its mid-February high to more than 20%. This is the second time the gauge has fallen into a bear market in a little over a year. Last March, major equity benchmarks slumped following the spread of the Covid-19 pandemic.

Stock benchmarks in Hong Kong and on the mainland are among the world’s worst performers since February as Beijing cracks down on heavyweight tech firms over monopolistic practices, further worsening investor sentiment already soured by concerns of liquidity tightening in China.

“I wouldn’t be at all surprised if we were to see an ongoing 10% correction in the MSCI China over the next quarter or so,” John Woods, Asia Pacific chief investment officer at Credit Suisse Group AG, told Bloomberg TV on May 12, citing increased regulatory intervention as a top concern. “This is weighing on the extremely important tech sector.”

Tencent Holdings Ltd., Alibaba Group Holding Ltd. and Meituan have accounted for more than 40% of the index’s decline since the February high, Bloomberg data show. Alibaba tumbled to the lowest in almost a year in New York, after reporting its first quarterly loss since 2012 on Thursday. Investors were disappointed about its results and concerned that its spending outlook could pressure margins.

A Hong Kong gauge tracking Chinese technology stocks has lost more than 30% since a February high. Beijing had pledged to curb the “reckless” push of technology firms into finance and crack down on monopolies online. It has forced Jack Ma’s Ant Group Co. to revamp its businesses and fined giants including Tencent and Meituan for violating anti-trust regulations. This week, Meituan slumped after its CEO posted a poem seen as critical of Beijing.