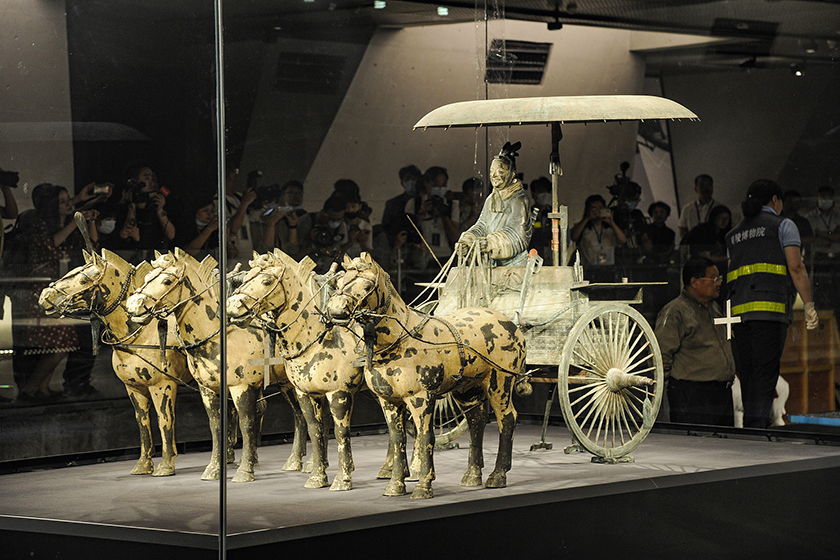 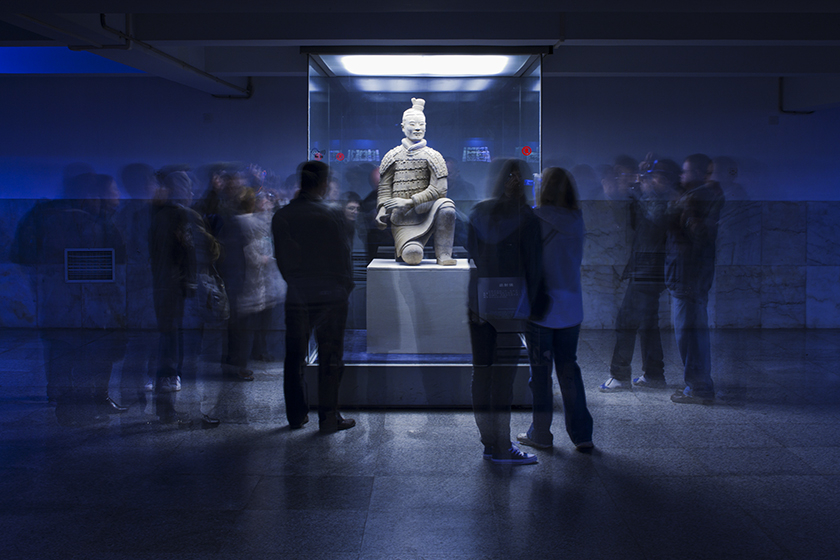 Visitors look at a statue of a terracotta archer in Xi’an in 2010. Photo: VCG 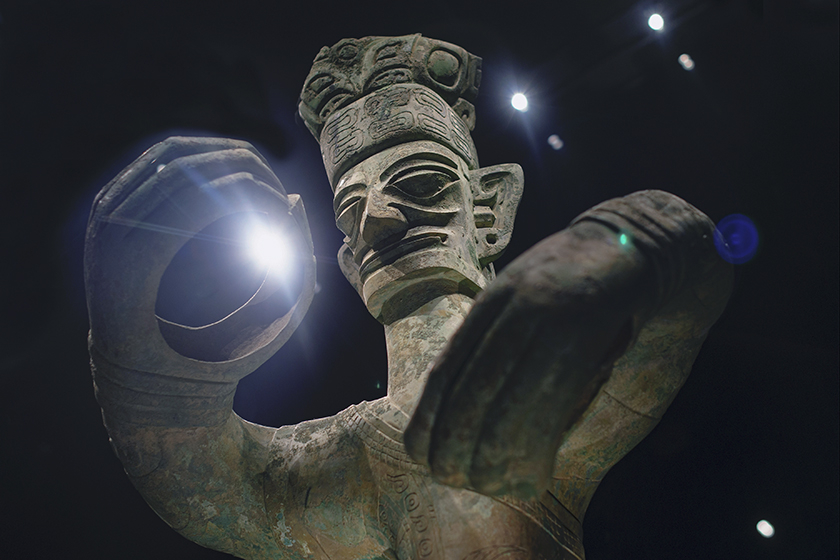 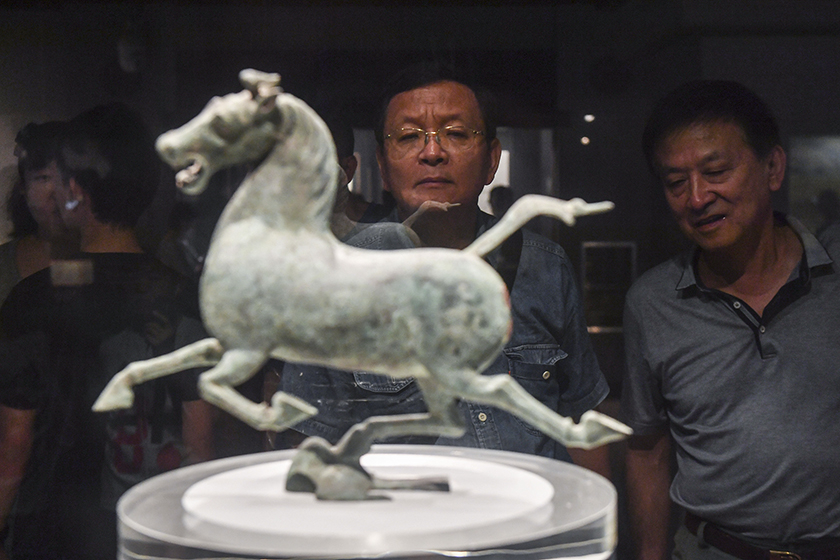 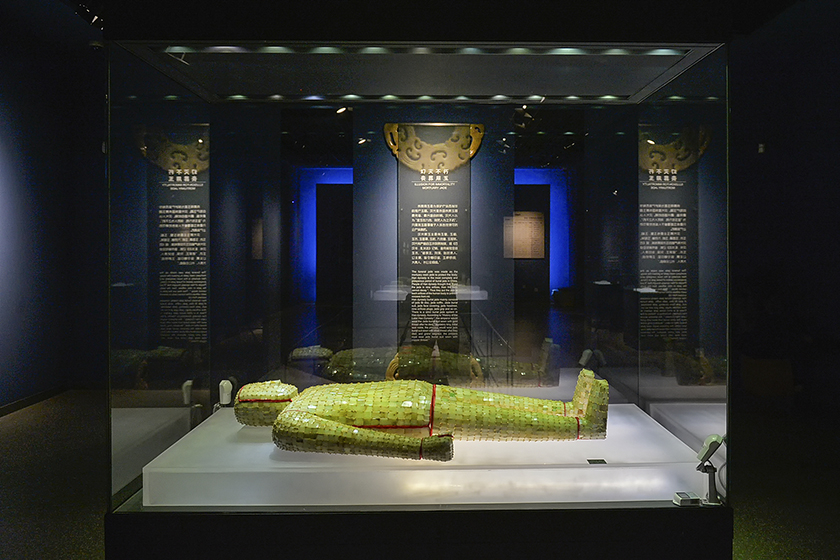 A jade burial suit from the Han dynasty is on display at Xuzhou Museum on Jan. 19 in Xuzhou, East China’s Jiangsu province. Photo: VCG 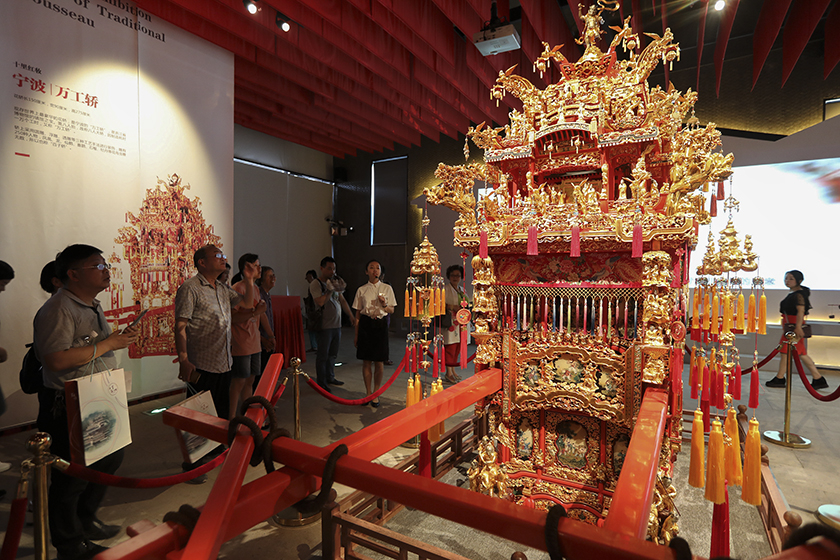 People look at the “Wangong sedan chair”, believed to be the world’s most luxurious bridal sedan chair that takes nearly 10,000 working hours to complete, in Ningbo, East China’s Zhejiang province, in May 2018. Photo: VCG 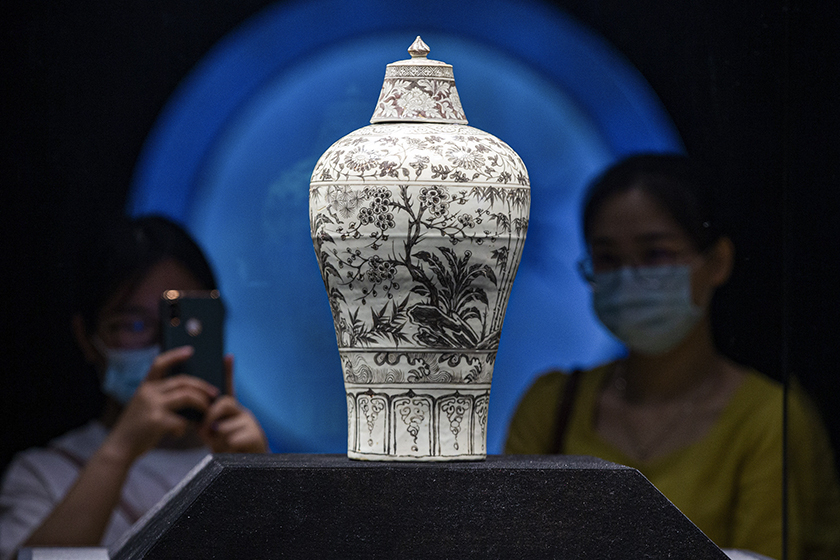 The “Three Friends of Winter Plum Vase,” the only well-preserved canned Hongwu vase from the Ming dynasty, was sitting on display at Nanjing Museum in May 2020. Photo: VCG 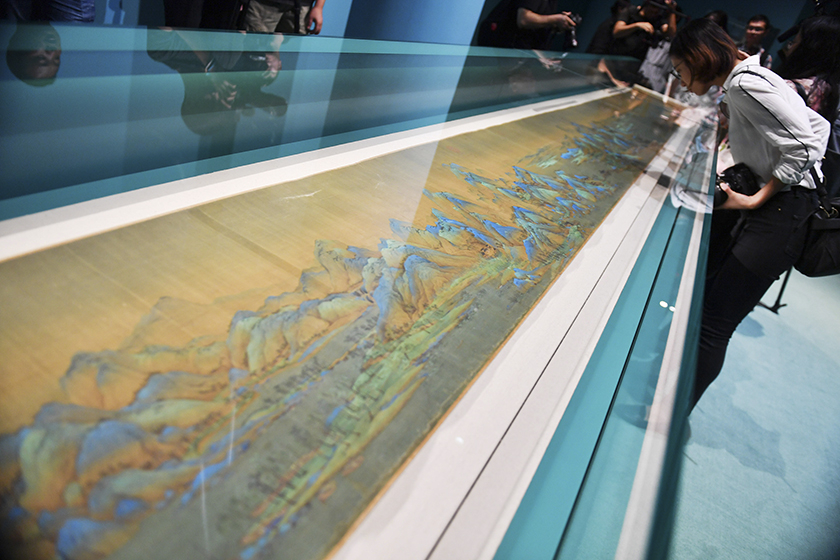 “A Panorama of Rivers and Mountains,” one of the most legendary painting pieces by Wang Ximeng from the Northern Song dynasty, sits on display in Beijing in 2017. Photo: VCG