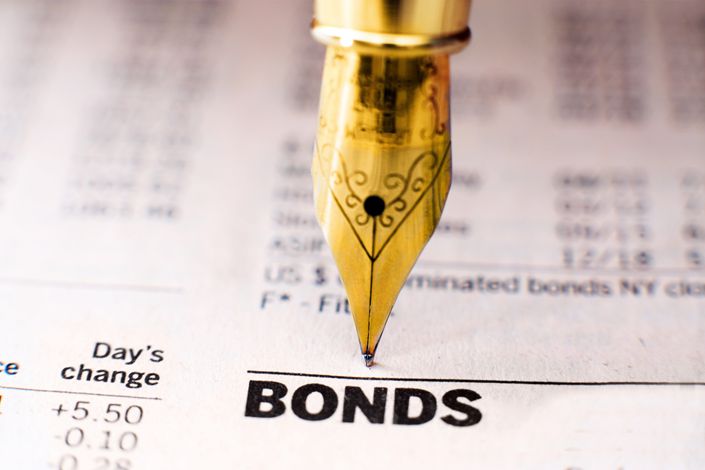 (Nikkei Asia) — The problem of heavily indebted state-backed companies in China is starting to spook investors in global corporate bonds.

As liabilities balloon at Chinese civil engineering and construction companies engaged in public works projects to shore up the economy, premiums on foreign currency-denominated are rising. The bonds are under selling pressure because investors believe the Chinese government will no longer bail out state-owned enterprises. A sudden spike in defaults by big corporate borrowers in China could rattle global markets.

China Huarong Asset Management, which specializes in acquisition and management of nonperforming loans, is now fighting for its own survival. A China Huarong unit has won creditor banks’ approval to postpone repayment of $100 million in debt until the end of August. It is also stepping up the sale of shareholdings in companies such as Nanjing Panda Electronics.

China Huarong is not the only big debtor facing a rush of bond redemptions. These will total $748 billion in 2021, $669 billion in 2022 and $727 billion in 2023, according to data compiled by Refinitiv. Chinese companies usually issue bonds with relatively short maturities of one to three years. Given the continued issuance of new bonds, the value of redemptions is expected to keep rising.

Big state-owned enterprises have the largest liabilities. China State Railway Group, which is run directly by the government, will redeem around $90 billion of bonds by the end of 2023, while State Grid Corp. of China will retire around $14 billion of debt. The two unlisted companies are saddled with huge debts, partly due to a lack of cost controls.

Civil engineering and construction companies, along with the railway and grid operators, will redeem $600 billion, or 30%, of all Chinese corporate bonds by 2023.

While the Chinese leadership intends to cut back on implicit government guarantees to prevent state-run enterprises’ excess debts from damaging the government’s creditworthiness, defaults on yuan-denominated bonds are increasing at a record-breaking pace, totaling 95 billion yuan in the January to April quarter alone. Defaults will rise further if government support wanes amid increasing redemptions.

Chinese companies are still snapping up as assets, even as the efficiency of their investments declines, said Jia Shen, deputy researcher at the Development Research Center of the State Council.

Meanwhile, overseas investors are paying keen attention to trends in foreign currency-denominated debt, which makes up nearly 10% of the Chinese market. With $172 billion worth of such bonds maturing by 2023, foreign investors are increasingly nervous: Defaults on those are increasing as well.

Since 2020, defaults have occurred on more than 10 dollar-denominated bonds, according to financial information providers such as Refinitiv. Peking University Founder Group, an information technology company founded by the university, is unable to pay the principal and interest on its dollar-denominated bonds as it went into a bankruptcy process called “chong zheng,” a type of corporate rehabilitation, in February 2020.

Founder Group attached a “keep well” clause to some of the dollar bonds issued by a subsidiary. While the clause usually means that a company’s financial health is guaranteed by its parent, Founder Group removed the subsidiary from its repayment guarantee, saying the clause does not require it to repay. Some foreign investors are reportedly responded by seeking legal redress.

Tsinghua Unigroup has repeatedly defaulted on dollar bonds. Citigroup’s Hong Kong unit has responded by filing a lawsuit in February, demanding the state-owned semiconductor company pay the principal and interest on its debt.

As Chinese companies elect more often to default on their debts, government bonds and those issued by governmental banks are almost the sole place where investors looking for safety can put their money, a foreign bank official said.

Data indicate that investors are fleeing from bonds issued by Chinese enterprises and other concerns. The premium on investment-grade bonds issued by Chinese companies rose by 0.4% over U.S. Treasuries in April, according to FTSE Russell. The rise contrasts with narrowing margins for South Korean, Hong Kong, Indonesian and other bonds, against a backdrop of excess liquidity around the world.

The bond market may be dealt a shock if China’s implicit government guarantees are hastily reduced. Kenneth Ho of Goldman Sachs warned of the adverse effects of a drastic policy change, saying it is important for the government to prevent systemic concerns from spreading.

China has promptly brought the Covid-19 crisis under control and attracted investment from abroad, thanks to the higher interest rates its debt offers, compared with that of the U.S. and other countries. But the tide is starting to turn as defaults on foreign bonds crop up with growing frequency.