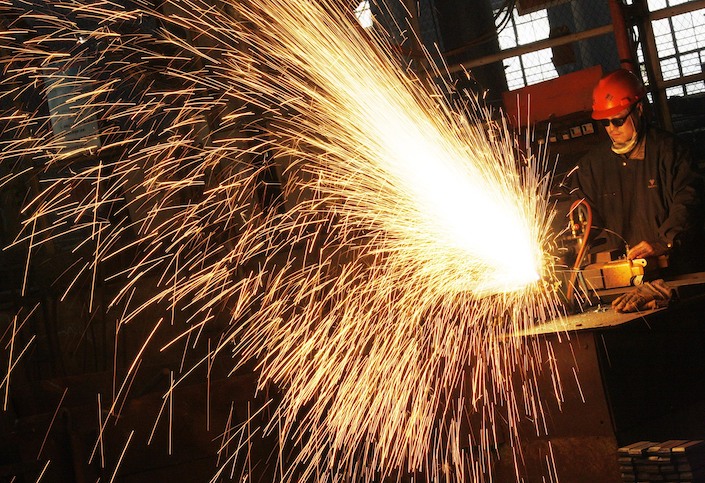 The climbing price of steel is putting the shipbuilding industry under heavy cost pressure.

Led by Premier Li Keqiang, the State Council called for stability in commodity prices in an executive meeting May 19. It was the second time in seven days that China’s cabinet called out commodity prices. A week earlier, the body set tracking and analysis requirements for domestic and overseas markets in response to surging prices of raw materials.

The Ministry of Ecology and Environment issued three sets of rules May 19 on carbon emissions registration, trading and settlement. Under the rules, carbon emissions quota will be traded on the national carbon. The ministry may introduce other products. Trading will be based on the price per ton of carbon dioxide equivalent, with the minimum declared unit at one ton of carbon dioxide equivalent and the minimum declared price at 0.01 yuan ($0.008).

The Dalian Commodity Exchange (DCE) issued modifications Wednesday for iron ore futures contracts and rules. The standard ore grade for iron ore futures was reduced from 62% of iron content in ore to 61%. The exchange also plans to regularly alter allowances for quality differences of substitute products, weakening premiums and discounts for deliverable iron ore brands to help stay in sync with the spot market amid big price fluctuations.

The construction of the Jakarta-Bandung High-Speed Railway — China’s first overseas high-speed rail project— is now 73% complete. Indonesian President Joko Widodo said he hopes the railway will be operational by the end of 2022. With a length of 142 km and design speed of 350 kph, it will be Indonesia’s first high-speed rail line. It will connect the capital Jakarta to Bandung, the country’s third-largest city.

Inner Mongolia, as one of the major provinces providing computing power for Bitcoin mining, set up a platform to report illegal virtual-currency mining projects, which consume vast amounts of energy. The local economic planning agency is encouraging people to submit information about any company or activity involved in cryptocurrency mining, including companies disguising themselves as data centers to benefit from preferential policies on tax, land and electricity prices, businesses that provide services to mines, and companies that obtain electricity illegally for the purposes of cryptocurrency mining.

The climbing price of steel is putting the shipbuilding industry under heavy cost pressure. Reporting earnings Tuesday, China State Shipbuilding Corp. Ltd. (600150.SH) said increases in the cost of shipbuilding itself are negligible in comparison with the sharp rise in steel price. The price of steel plate has risen by more than 20% since the end of 2020, which is likely to hurt the profitability of the shipbuilder’s main business, the company said.

Jiangsu province opened its first zero-carbon themed technology industry park in Wuxi. The park plans to introduce more than 1,000 sci-tech enterprises in the field of zero-emissions and to cultivate 20 comprehensive service platforms for energy custody and carbon asset management by 2025.