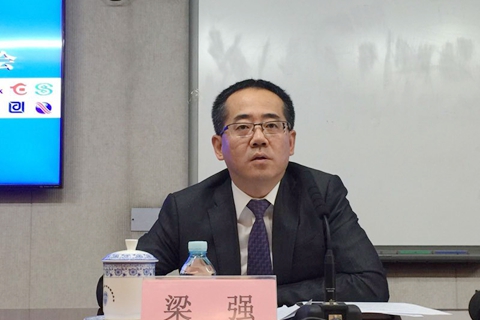 Liang Qiang, who was expected to be the new president of Huarong, was named president of rival China Great Wall Asset Management Co. Ltd., according to a statement published Tuesday by the China Banking and Insurance Regulatory Commission.

“People in Huarong were surprised,” a person close to the matter said. Many said they thought Liang would arrive as Huarong president this week.

The background: Liang, 50, has extensive experience in China’s national asset management companies (AMCs). He was named deputy party chief of China Great Wall in January. Before joining Great Wall, he was a vice president of China Orient Asset Management Corp., overseeing the company’s bad-loan and financing businesses. Before that, he spent 20 years at another national AMC — China Cinda Asset Management Co. Ltd.

Huarong, the largest one of China’s four national AMCs, has been shaken since the downfall of its former Chairman Lai Xiaomin, who was executed in January for crimes including bribery.

Huarong’s presidency, the second-most senior management position after the chairman, has been vacant since December when former President Li Xin retired.

Related: Exclusive: Huarong Gets New President Amid Pressure on Bonds