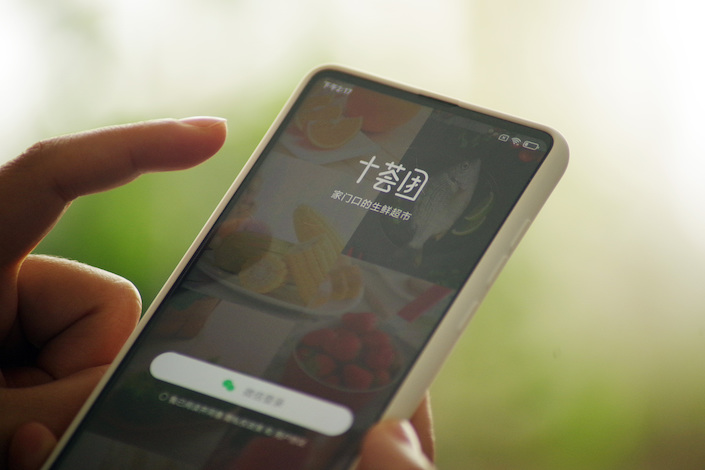 Tech giants from Alibaba to Pinduoduo to Meituan and Didi Chuxing have all dived headfirst into the sector to tap growing demand for door-to-door fresh food deliveries for people stuck at home during the pandemic.

To gain market share, platforms have engaged in fierce competition and price wars that caught the attention of regulators, which warned that such practices put small business owners and vegetable growers in unfair competition.

In December, the SAMR and the Ministry of Commerce summoned several major players in the market and issued a list of group-buying business restrictions. The regulators said the platforms should not sell below cost for the purpose of monopolizing the market, adding that a price war has “put pressure on employment.”

In the latest punishment issued to Nice Tuan, the market watchdog said Nice Tuan sold products below cost to squeeze out competitors and deceive customers with misleading pricing.

For instance, Nice Tuan offered a type of pear in March at 0.99 yuan per 250 grams, even though its cost was 3.89 yuan, according to SAMR.

Nice Tuan also advertised a liquor as being discounted from 2,999 yuan to 1,199 yuan to lure shoppers. However, the regulator said the original price of the liquor was 1,199 yuan.

Such practices “undermine the legitimate rights and interests of small and medium-sized enterprises,” said the SAMR, ordering Nice Tuan to make rectification.

Established in 2018, Nice Tuan raised $750 million in early April from investors led by Alibaba and DST Global. Alibaba also took part in the company’s previous two funding round in 2019 and 2020.