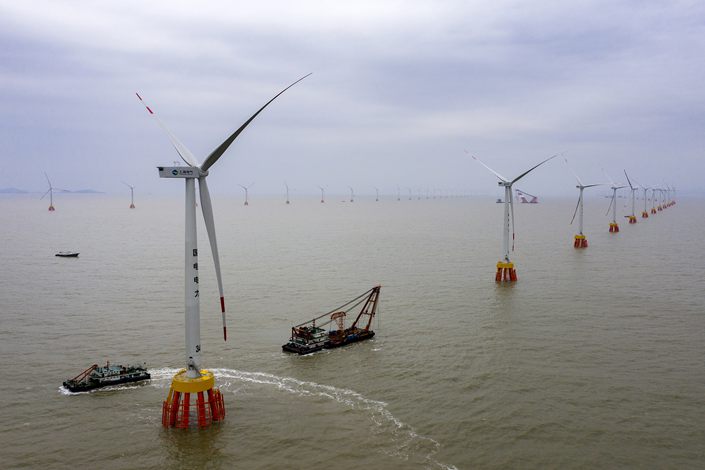 What’s new: China had connected 10.42 gigawatts (GW) of offshore wind energy capacity to the power grid as of the end of April, representing an increase of 15.8% compared with the end of last year, according to new figures from the National Energy Administration.

The figure marks a 76% rise on the end of 2019, illustrating the swift growth of one of the Asian nation’s emerging renewable energy industries.

In the first four months of this year, the country’s offshore wind installations generated 9,940 gigawatt-hours of electricity, accounting for 0.39% of the national total, the administration said.

The background: China is eyeing a dramatic expansion in the use of offshore wind as part of its broader transition away from fossil fuel-burning power sources and toward clean alternatives.

The nation has led the global offshore wind market for three years running and accounted for more than half of the 6 GW of capacity added worldwide last year, according to data from the Global Wind Energy Council.

China is the second-largest offshore wind producer by installed capacity, second only to the United Kingdom. Beijing plans to rapidly scale up renewable energy consumption over the next decade as it embarks on its pledges to bring planet-warming carbon dioxide emissions to a peak by 2030 and to net zero by 2060.