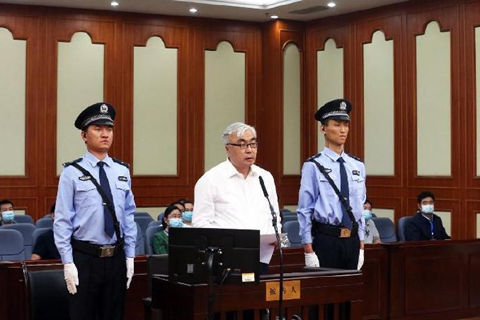 What’s new: A former police chief in northern China’s Inner Mongolia confessed to taking 158 million yuan ($25 million) in bribes as a court held the first hearing in his case.

Ma Ming, 63, the head of the Public Security Bureau of Inner Mongolia between 2012 and 2018, was accused of using his power to offer favors to individuals and businesses regarding business operations, job promotions, case handling and loans. Ma pleaded guilty.

The court will announce sentencing at a later date.

Prosecutors said Ma’s violations spanned 2000 to 2019, when he was placed under investigation. During that period, Ma held various senior government posts in Jilin province and the Inner Mongolia region, including deputy mayor of Songyuan city, party chief of Liaoyuan city, deputy governor of Jilin and public security chief of Inner Mongolia.

The background: Ma came under investigation in December 2019 when he was vice chairman of the Inner Mongolia regional committee of the Chinese People's Political Consultative Conference.

Before his downfall, several senior officials in the Inner Mongolia Public Security Bureau were snared in graft crackdowns. Ma’s predecessor, Zhao Liming, was convicted of killing a young woman, illegal possession of firearms and corruption.