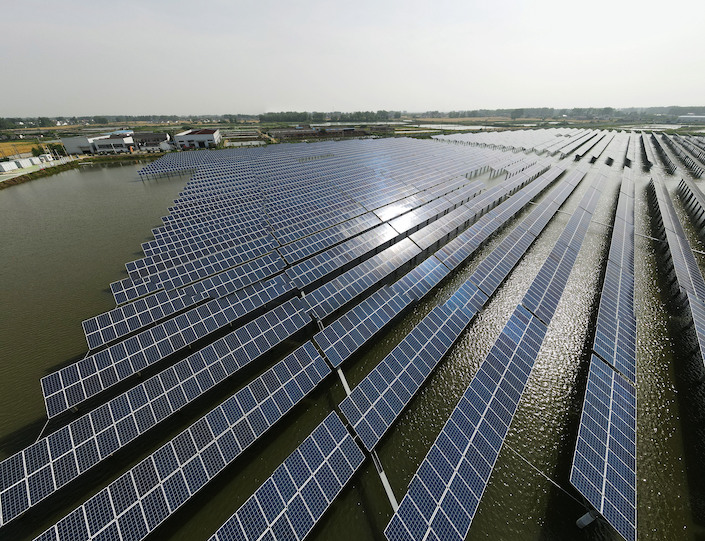 Guangdong province plans to expand natural gas coverage to more than 70% of urban households by 2025, the government said Wednesday. Annual natural gas consumption will reach more than 20 billion cubic meters by then, according to the plan. The government also vowed to regulate natural gas prices for end users.

China’s National Energy Administration is looking into rising prices in the new-energy industry, including its impact on the photovoltaic power industry. The regulator said it’s working with relevant parties to explore next steps and study management and pricing policies for the solar power generation industry. The comments were in response to online questions about the impact of rising solar module prices and the chip shortage on the photovoltaic industry.

Sinopec’s first gas storage facility in Northeast China went into operation in Jilin province more than 20 days ahead of schedule, the official Xinhua News Agency reported Thursday. With a peak capacity of 200,000 cubic meters a day, it can meet the daily gas demands of 400,000 households. This year, Sinopec will continue gas storage construction in the Zhongyuan, Shengli, Northwest and Northeast oil fields.

At the first plenary meeting of the Leading Group on Carbon Peaking and Carbon Neutrality in Beijing Wednesday, Vice Premier Han Zheng called for enterprises owned by the central government to set up plans to achieve peak carbon emissions, define targets and tasks and take the lead in reducing outdated capacity and promoting low-carbon, zero-carbon and carbon-negative technologies, the official Xinhua News Agency reported Thursday.

The profits of big industrial enterprises more than doubled in the first four months of the year to 2.59 trillion yuan ($406.4 billion) and were up 49.6% compared with the same period in 2019, according to data from by the National Bureau of Statistics. Mining enterprises posted profits of 217.13 billion yuan, and the manufacturing sector’s earnings increased 114% to 2.2 trillion yuan.

Former Chairman Guo Yong of state-owned Sichuan Energy Industry Investment Group Co. Ltd. was kicked out of his position and the Communist Party for receiving almost 30 million yuan ($4.7 million) of bribes, according to the Central Commission for Discipline Inspection of the Communist Party. Former Deputy General Manager Li Changwei was expelled from the party for taking 10 million yuan of bribes. Both cases were referred to prosecutors.

China’s Ministry of Industry and Information Technology (MIIT) will work with the National Development and Reform Commission and other departments to review the industry’s capacity reductions in recent years and explore the establishment of production constraints based on carbon emissions, pollutant discharge and total energy consumption, Lyu Guixin, an inspector of the Raw Material Industry Division under the MIIT, said Thursday at the 11th China International Steel Conference. Lyu said the major approaches to reducing carbon emissions in the steel industry include limiting crude steel output, raising the proportion of short-process electric furnace steel and developing hydrogen metallurgy.