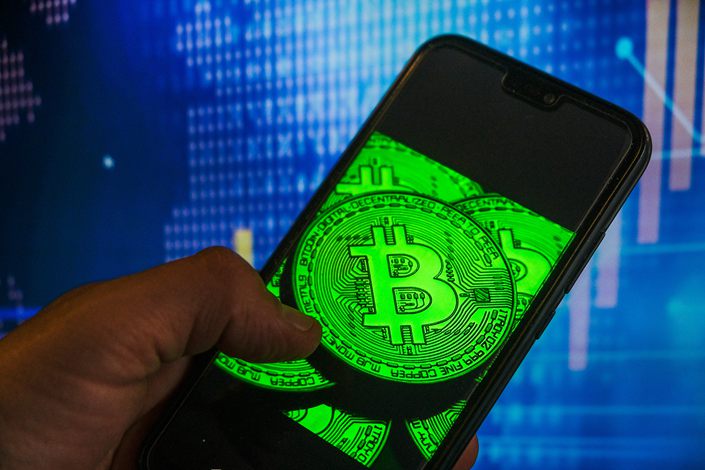 (Bloomberg) — Chinese investors are paying little heed to the government’s biggest crackdown on cryptocurrency trading since 2017, underscoring the challenge for Beijing as it tries to rein in a speculative boom in digital assets.

Knee-jerk selling has given way to a steady recovery on over-the-counter platforms that Chinese crypto traders have used since domestic exchanges were banned in 2017. One key gauge of local sentiment — the exchange rate between China’s yuan and the stablecoin Tether — fell as much as 4.4% after the government’s warning earlier this month but has since recouped more than half the loss, according to crypto data platform Feixiaohao, a Chinese equivalent of CoinMarketCap.

China escalated its crackdown after a frenzied surge in Bitcoin and other tokens over the past six months heightened longstanding Communist Party concerns about the potential for fraud, money laundering and trading losses by individual investors. Yet the hard-to-trace nature of transactions on local OTC platforms and peer-to-peer networks means it will be extremely difficult for authorities to enforce a wholesale ban.

That may come as a relief to global crypto enthusiasts after worries about a plunge in Chinese buying power contributed to the nearly $1 trillion selloff in digital assets from record highs in mid-May.

As to the losses and the crackdown, “I don’t care,” said Charles, a 35-year-old real estate consultant in Shanghai who asked to be identified only by his English first name. He’s been buying cryptocurrencies since 2017 and claims to have lost $11 million over three days in the recent pullback. “To me it’s giving back the profits I made in the past few months,” he said. “I’m looking at the 10- to 20-year horizon.”

Before China outlawed crypto exchanges in 2017, local investors owned an estimated 7% of the world’s Bitcoin and accounted for about 80% of trading, according to state media. The exchange ban has made it impossible to gauge those figures today, but Chinese investors are still widely believed to have a major presence in the crypto world via domestic OTC platforms and offshore venues that they access using virtual private networks.

Domestic trades involving yuan and digital coins are difficult for China’s government to track because they typically take place in two separate steps.

The first happens on OTC platforms operated by firms including Huobi and OKEx, which allow traders to post bids and offers. Once both sides agree on a price, the buyer will use a separate payments platform — operated by their bank or a fintech company like Ant Group Co. — to send yuan to the seller. The digital coins, usually held in escrow by the OTC platform until the yuan payment clears, are then transferred to the buyer. Chinese regulators often have no way to connect one step of the transaction to the other.

Because the yuan leg of the trades take place entirely within China’s domestic financial system, the risk of large-scale capital outflows is low. But that hasn’t stopped the government from warning financial firms and individual investors to stay away from crypto.

Regulators this month reminded Chinese banks and payments firms of the requirement to identify and block suspicious transactions, and pointed out that facilitating cryptocurrency trades often violates banking rules. China’s State Council called for a clamp down on Bitcoin trading and mining, vowing to “resolutely” prevent financial risks.

Policymakers may be keen to avoid any major market disruptions around the politically sensitive 100th anniversary of the ruling Communist Party on July 1.

After the government’s statement, Huobi said it stopped its miner hosting services in mainland China and is scaling back futures contracts and leveraged investment products in some markets. It’s unclear whether the firm plans to shut its OTC platform.

Chinese regulators have so far stopped short of labeling individual trading illegal, but the crackdown will involve the public security department as some of the activities were suspected to have facilitated money laundering and terror financing, according to a person familiar with the matter.

Police in Beijing have distributed printed warnings about potential risks associated with cryptocurrencies. Virtual currencies are among popular means for latest scams, and anyone “in a panic, having a hard time distinguishing or not sure what to do” should call the local police contact listed, according to one notice seen by Bloomberg.

On social media, some crypto investors have made unverified claims that they were summoned by local police recently and warned against the risk of investing in cryptocurrencies. One investor said local authorities required him to sell his holdings. Another said police asked him to delete the trading app from his phone.

Chinese officials see their success cleaning up the peer-to-peer lending industry two years ago as a model for its cryptocurrency crackdown, said the person familiar, asking not to be identified as the matter is private. The country purged the P2P industry after frauds and defaults became rampant, in some cases leading to suicide and street protests. In its heyday the sector had more than 50 million users and $150 billion in outstanding loans.

The extreme price swings of cryptocurrencies have already left a mark. In one high-profile case, a Chinese man from the eastern city of Dalian killed his three-year-old daughter and tried to commit suicide with his wife after losing 20 million yuan ($3.1 million) on a leveraged bet on Bitcoin last June, according to local media reports.

Peter, a Beijing tech worker, piled 20,000 yuan into cryptocurrencies three weeks ago, just in time for latest round of volatility. Within days, his portfolio grew to nearly 100,000 yuan, then quickly fell back down to 14,000 yuan. He echoed the carpe diem philosophy of crypto traders globally: “It doesn’t matter if it all goes to zero. But what if it brings me sudden wealth one day?”