Walls Close In on Cryptocurrency Miners in Inner Mongolia 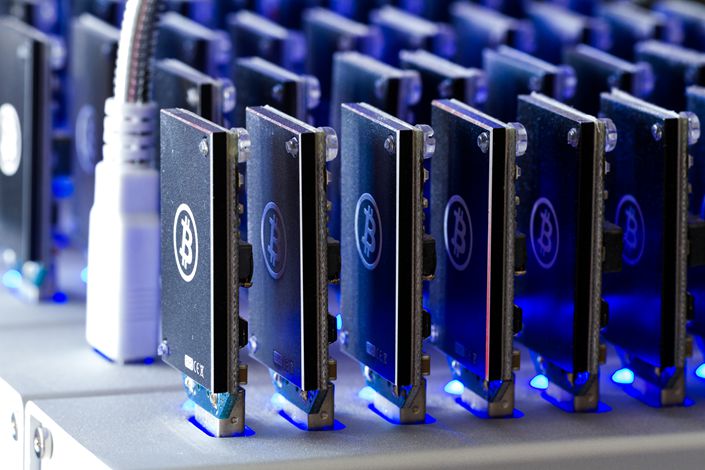 North China’s Inner Mongolia has announced more plans to crack down on cryptocurrency mining, including by shuttering businesses, as part of its efforts to slash its energy consumption over the next few years.

The autonomous region’s government would revoke a certain telecommunications business license of any telecommunications and internet companies that engage in cryptocurrency mining, according to a list of proposed measures (link in Chinese) released Tuesday by the Inner Mongolia Development and Reform Commission for public comments.

Cryptocurrency mining gobbles up vast amounts of power both through the electricity consumed by the specialized computer equipment needed to solve the mathematical puzzles that produce the currency and through the energy needed to cool the machines and prevent them from overheating.

The list of proposed measures also says that big-data centers and cloud computing companies involved in cryptocurrency mining would no longer be eligible for preferential government policies. Such firms would also be banned from trading in a local electricity market that launched in 2010.

In addition, the measures stipulate that the commission could report those who use electricity for cryptocurrency mining without regulatory permission to judicial departments. It would also report government officials to graft busters if they aid companies in cryptocurrency mining.

China is the biggest consumer of computational power for mining Bitcoin, the dominant cryptocurrency. Cryptocurrency miners have been in particular drawn to regions such as Inner Mongolia and the Xinjiang Uyghur autonomous region in the far west, where electricity resources are abundant and relatively cheap.

As China works to implement its pledge to create a low-carbon economy and reach peak carbon emissions by 2030, policymakers are putting pressure on local governments to play their part, setting targets for annual energy consumption per unit of GDP and for the use of renewable energy.

Last week, Inner Mongolia announced it had set up a platform for the public to report illegal cryptocurrency mining projects. In the wake of tightening oversight in China, some cryptocurrency miners have started to transfer their equipment overseas.

The recent list of proposed measures also pledged it would toughen supervision on industrial parks, data centers, and private power plants if they allow companies to use their physical sites or electricity for cryptocurrency mining. The entities would likely face severe punishment if they deliberately conceal such activities or do not shut down the activities in a timely fashion.

The Chinese government’s dim view of the digital tokens goes beyond energy consumption concerns. Last week, the prices of several major cryptocurrencies slumped after authorities reiterated that financial and payment institutions cannot accept them as a form of payment. Officials have been concerned about cryptocurrencies’ potential financial impact for several years, with a ban on initial coin offerings and limits on trading inside China dating back to 2017.

Timmy Shen and Guo Yingzhe contributed to this report.