Editorial: When It Comes to Taxing Property, the Method Matters 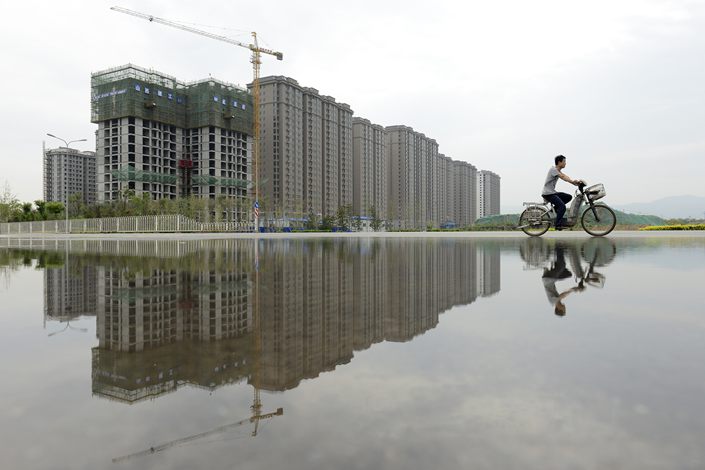 Real estate tax reform has sped up unexpectedly. Recently, a symposium on pilot reform for real estate tax was held by the Ministry of Finance, the Budgetary Affairs Commission under the NPC Standing Committee, the Ministry of Housing and Urban-Rural Development and the State Taxation Administration. The regulators collected opinions from officials, experts and scholars relevant to pilot work. This triggered widespread interest and was regarded as a move to speed up the introduction of a real estate tax. Whether judging by the central government’s reform documents or the relevant officials’ statements, it’s clear that the real estate tax is imperative. There’s no longer any point in discussing “if;” now it is only a matter of “how.”

Designing a tax system is crucial to the smooth launch of the reform. At the same time, the methods, means and pace of reform cannot be neglected. In recent years, the relevant authorities have repeatedly stressed the principle of “legislation first, full authorization and step-by-step implementation.” However, these specific steps require extremely careful and deliberate deployment. As a real estate tax directly affects the public interest, the suitability and thoroughness of reform methods will directly determine the process and success of implementation. Most importantly, as taxes’ benefits are “from the people, for the people,” citizens have the right to know and the right to be heard. The relevant departments should make sure a variety of voices are heard during the course of pilot programs and legislation. The public currently knows few details of the discussions on real estate tax, so their expectations are unstable and unclear. This is inevitable in the initial stage of any reform. However, the relevant authorities should shorten this period to the greatest extent possible. Even at this stage, they should do everything possible to guarantee the public’s right to know, to participate, to express their views and to provide oversight — indeed, protecting these rights is much more important than deciding which cities will take on the pilot programs.

From government to academia to the general public, everyone has gradually developed an awareness of the real estate tax. As early as 2003, when market-oriented reform of real estate was first launched, the central government decided to levy a tax on individual residents’ housing; at the Third Plenary Session of the 16th Central Committee of the Communist Party, this was named the property tax. Soon after the session, pilot work began in many regions. In 2010, the property tax was renamed the real estate tax and pilot work began in Shanghai and Chongqing the following year. In 2013, at the Third Plenary Session of the 18th CPC Central Committee, accelerating legislation on the real estate tax and timely advancement of reform emerged as important components. Every step along the way has drawn close scrutiny and triggered intense debate. Nearly two decades into the real estate boom, the authorities involved and the general public all have a clearer, more comprehensive understanding of the real estate tax. They have basically figured out the theoretical differences regarding, for example, whether the real estate tax should be levied in the context of the public ownership of land.

Faced with the coming reality of the real estate tax, the central government and various levels of society have exhibited attitudes ranging from anticipation to fear. As for anticipation, some people hope that the real estate tax can do something to curb skyrocketing housing prices or even reverse the pricing trend; as for fear, some are worried about a higher tax on their personal housing. The attitudes of the central and especially the local governments are complex when it comes to the real estate tax. On the one hand, governments at all levels feel an urgent need for a stable source of tax revenue. On the other hand, they are worried about unexpected ripple effects, such as the possibility of local real estate bubbles bursting. But such anxieties arise from a misunderstanding of the actual function of real estate tax. Foreign experience and theoretical analysis have both demonstrated that real estate tax plays a particular and limited role in regulating housing prices. It should not be regarded as the main tool for housing price regulation. It’s been the case for many years that whenever housing prices are rising rapidly, officials and the media bring the real estate tax back into the public spotlight. This is never mere coincidence. As the real estate tax is rolled out, a certain group of officials and portion of the public must correct their unrealistic expectations regarding its ability to control housing prices and regulate income distribution. Otherwise, their attitudes will negatively influence evaluations of the reform’s effect, or even lead to feelings of disappointment. As for the tax’s oft-presumed ability to regulate the macro economy, such an idea violates the very essence of taxation. Some believe that the real estate tax should be aimed at effectively allocating land resources. The prevailing practice among Chinese cities nowadays is “urban sprawl” — blindly expanding with massive squares and wide roads, which ultimately results in a low rate of land utilization. So, this belief regarding the real estate tax is grounded in a real issue and deserves serious consideration.

The nature of the real estate tax directs attention to the importance of open legislation and transparency in decision-making. The crucial difference between a direct tax (like the real estate tax) and an indirect tax is taxpayers’ extreme sensitivity to the former. After all, for ordinary families, housing is their most important asset and they lack the means to shift the burden of a real estate tax. Therefore, timely communication with the public during the reform plan’s drafting and execution should be a priority. The intention, effects and pace of implementation should be completely conveyed to the public to keep taxpayers from being caught off guard. While it is true that a closed-door process can avoid seemingly unnecessary disputes that come with more transparent decision-making, closing the doors risks harms to the real estate tax itself.

Statutory taxation is a well-established principle of the central government. Experts generally agree that pilot and legislation work can run in unimpeded parallel or even reinforce each other. Pilot zones will not go against the principle of statutory taxation. However, matchmaking between pilot projects and legislation needs to be further explored. Based on China’s experience in reform, the NPC Standing Committee can authorize the State Council to carry out pilot work. But at this point a misunderstanding should be clarified: until the real estate tax law is passed, pilot zone work is a special case requiring special handling. The authority of the rule of law can only be established when major reforms have legal support.

As a local tax, the real estate tax is obviously “from the people, for the people.” Its system design should therefore include how it is to be used. Revenue from a real estate tax is usually spent on local public services, so its presence serves as a direct indicator of local public services’ quantity and quality. If it is well-designed, the tax will promote the transformation of local government functions.

Over the past several years, progress on China’s real estate tax has been complicated and confusing. Each step has felt as foreboding as “hearing thunder in a silent place.” Although certain problems remain unsettled and convoluted, such as the expiration of residential land use rights, the launch of the real estate tax should not be put off any longer. At the same time, implementation must not be rushed, which is where the method of reform becomes extremely important. We expect the real estate tax law to truly become a paradigm of rational and open legislation, creating short and long-term benefits.