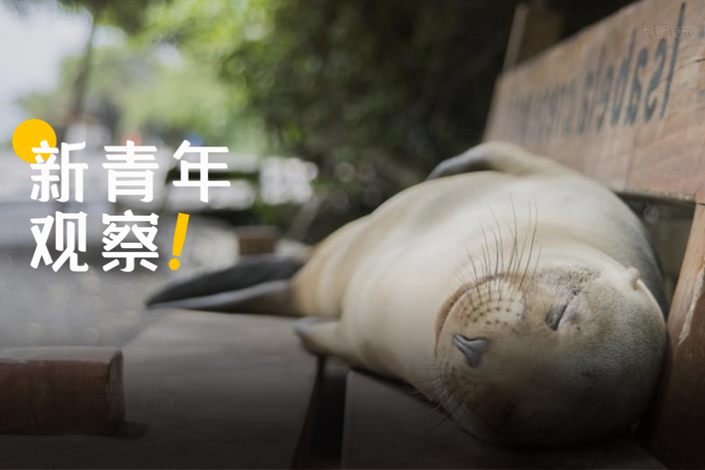 China’s young adults have become taken with the idea of doing nothing as a way to circumvent the pressures of modern urban life. In recent weeks, 2 million readers have viewed jokes and examples of the “lying flat philosophy” under the hashtag #Should-young-people-promote-lying-flat-philosophy. Another buzzword — “involution,” or “neijuan” in Chinese — took social media by storm in January. The term describes the urban rat race that the “lying flat philosophy” is pushing back against.

Interest in “lying flat philosophy” shows the rising prominence of an alternative way of thinking among young people who have decided to stop striving for mainstream goals such as buying a house, getting married and having a child. Instead, the philosophy’s proponents dream of living a low-key lifestyle in a smaller place, where they won’t end up as wage slaves consumed by consumerism. One Chinese media site called it a “silent and blameless protest.”

The buzzword first appeared on social media in September 2019 in the context of the phrase “doctors lie flat.” The China Business Journal explained that new recruits at Chinese clinics are openly questioning their career prospects, especially why they should struggle to secure a job at one of the top hospitals in Beijing, Shanghai or Guangdong province when they could have a good life in a third- or fourth-tier city after a decade of study on average.

As Gen Z’s control over the narrative on Chinese social media increases, buzzwords such as “lying flat” and “involution” have been growing in popularity. In an interview with the Chinese media site Sixth Tone, Oxford University anthropologist Xiang Biao described involution as “feeling as if you’re running in place and constantly having to motivate yourself day in, day out … [a] highly dynamic trap which consumes a lot of energy.”

Addressing young people’s struggles in the rat race, one social media user wrote with some sympathy: “Sometimes your ability only stretches so far — best not to beat yourself up over it.” Another responded, “It isn’t about not working hard; it’s about having different choices.”

Another said in support of young people, “It’s good to think for yourself and not blindly follow the mainstream.”

A post on Weibo referring to “lying flat” as an academic discipline broadened the scope of research to cultural references including Kafka and a 2020 Chinese documentary series, “Press Pause, Lie Down” — the first episode of which is about a young origami master in the northeastern city of Shenyang.

“If lying flat becomes a way of life in which people earn just enough to do nothing, then will we see lying flat artists, lying flat sculptors, lying flat coffee masters?” one concerned reader wrote.

A blogger called Mi Wufeng gave out this advice: “Don’t lie flat. First get some experience. I never see ‘success study’ written about [as] each person has their own pressures and anxieties.”

Imitating Chinese public notices telling people various dos and don’ts, one social media user asked 10 questions, including “If everyone lies flat, who will protect the country? Who will reverse the course of Covid? Who will explore Mars? Who will deliver your take-out?”

A cartoon mentioned one benefit of lying flat for ordinary people — often referred to as chives because they are regularly cut down to size. “When you’re lying flat, it’s hard to be snipped.”