By Takashi Nakano and Masaharu Ban 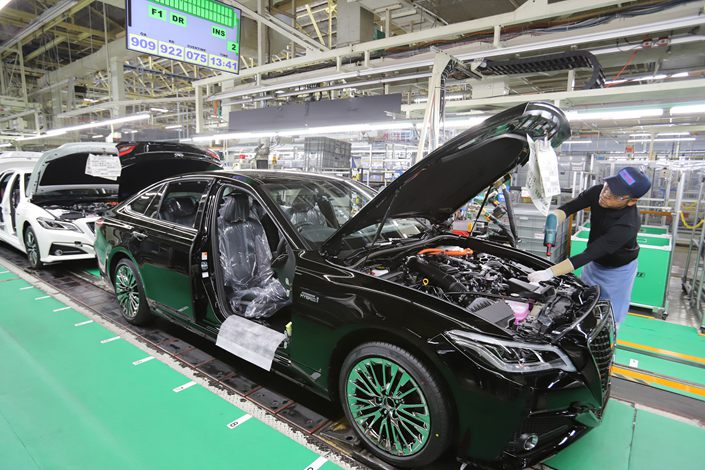 (Nikkei Asia) — Japanese automakers Toyota Motor and Honda Motor will shut down production in Malaysia on Tuesday as the nation goes into a lockdown, raising concerns that surging coronavirus cases in Southeast Asia will cripple global supply chains.

Malaysia imposes a nationwide lockdown on Tuesday, shutting most industries through June 14. Auto manufacturers and steelmakers will be permitted to continue operating but may send only 10% of their employees to work, while electronics, chemical and pharmaceutical companies will be limited to 60%.

Malaysia, Thailand and Vietnam, countries that previously avoided the worst of the pandemic, are now seeing rapid increases in infections. The region serves as a key manufacturing hub for intermediate goods as companies shift production away from China. Now the surging cases are threatening to disrupt global manufacturing.

Toyota, which made about 50,000 vehicles in Malaysia last year, will suspend production and sales there starting Tuesday.

Honda will close two plants during the lockdown. The country is one of Honda's largest production hubs in the region, able to turn out 300,000 two-wheeled and 100,000 four-wheeled vehicles a year.

The lockdown will be particularly tough for Daihatsu Motor, which is also set to halt work at two plants in the country. Malaysia accounts for nearly half of the company's production outside Japan.

New daily infections in Malaysia have nearly doubled over the past week as low vaccination rates lead to the spread of contagious variants. Reported cases reached a record of 9,020 on Saturday, or more than 200 per 1 million people — a higher rate than in India, which has only recently shown signs of improvement from one of the world's worst outbreaks.

Infections have trended upward in Thailand since March, when a cluster of cases tied to a more infectious variant first found in the U.K. was detected in a Bangkok nightlife district. Taiwan's New Kinpo Group halted operations at a printer and telecommunications equipment factory in Thailand on May 20 after an outbreak was detected there.

Meanwhile, a “hybrid” with traits from the U.K. and India variants has been found in areas of northern Vietnam that are packed with industrial parks, and authorities are increasingly worried about the threat to supply chains.

Thailand is the region's largest car manufacturing hub, from which Toyota and other Japanese automakers export finished vehicles to elsewhere in Southeast Asia as well as markets in the Middle East and Oceania. Vietnam is a top manufacturing center for Samsung Electronics, supplying handsets to markets as distant as Europe and the U.S.

The 10-member Association of Southeast Asian Nations has become an increasingly important producer and exporter of intermediate goods in recent years. The annual added value of exports from nine ASEAN members more than doubled in the decade through 2019, according to Mizuho Research & Technologies, the sharpest rise among the five main global regions studied. The region held a 10.5% share of this added value.

Asia had endured fewer coronavirus cases than the U.S. and Europe until recently. But the region recently reported more than 210,000 new daily infections, more than 40% of the worldwide total, with slow vaccine rollouts seen as a major factor.