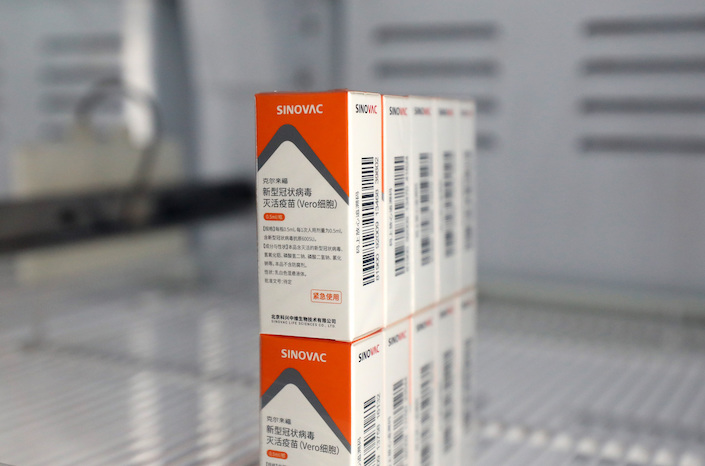 On May 28, the WHO asked China’s Sinovac Biotech to submit additional data, potentially delaying authorization for the shot.

The lack of authorization by international organizations has hindered China-made Covid-19 vaccines from going global, according to a former top disease control official who called on Chinese vaccine makers to get more involved in international rules and practices.

Many Chinese vaccine makers have ignored the importance of seeking international authorities’ certification of their products, which affected their participation in global vaccine procurement and distribution, said Wang Yu, the former chief of the Chinese Center for Disease Control and Prevention (CDC), at a Tuesday summit.

Chinese companies moved early in research and development of Covid-19 vaccines, but they lagged behind in obtaining authorization from the World Health Organization (WHO), Wang said. That reflects Chinese vaccine makers’ lack of understanding of related rules and standards, he said.

Currently, seven Covid-19 vaccines worldwide have obtained emergency approval from the WHO. There are only two China-developed vaccines on the list — the Sinopharm and Sinovac vaccines, although the country has approved five home-grown vaccines for domestic use.

An emergency-use listing from the WHO could further global distribution of the vaccines. It also makes the vaccines eligible for deployment under the international Covax initiative, which makes deals with vaccine manufacturers to buy vaccines for poor countries.

On May 28, the WHO asked China’s Sinovac Biotech to submit additional data, potentially delaying authorization for the shot. Sinovac’s inactivated vaccine, called CoronaVac, was approved by Chinese regulators for domestic use in early February, the second after the Sinopharm shot. It is being used in several dozen places ranging from Hong Kong to Peru, and more than 600 million doses have already been distributed.

Wang said the WHO requested that Sinovac provide additional information regarding the vaccine’s research and clinical trial data, indicating that the company was unfamiliar with the agency’s requirements. Some companies didn’t realize the importance of submitting applications in compliance with WHO rules, Wang said.

“Their collection of data during the research and production procedures didn’t follow the requirements and standards set by the WHO,” he said.