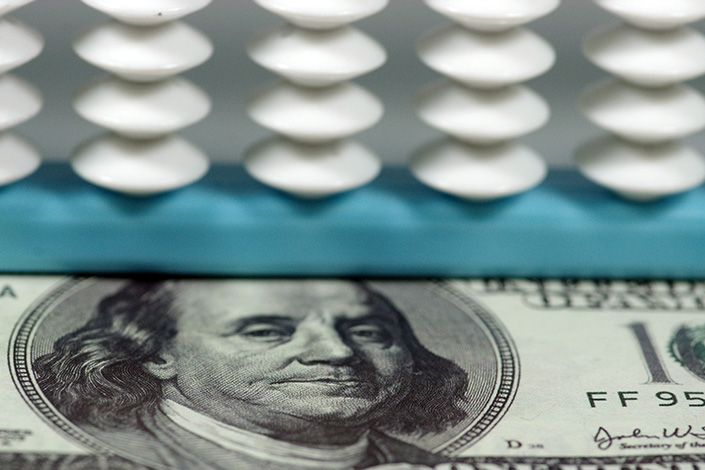 Regulators around the world have taken action to replace Libor with another benchmark. Photo: VCG

A central bank-backed industry group has told financial institutions to stop using the London Interbank Offered Rate (Libor) as an interest rate benchmark for U.S. dollar-denominated loans, as regulators around the world are urging lenders to shift away from using the discredited benchmark.

The market interest rate pricing self-regulation mechanism, which is overseen by the People’s Bank of China (PBOC), said Chinese financial institutions should stop signing new contracts or extending existing ones that use Libor as a benchmark for floating interest rates, before relevant Libor settings cease to be provided or are no longer representative, according to a readout (link in Chinese) of a Tuesday work meeting.

Instead, financial institutions can use the Secured Overnight Financing Rate (SOFR) as a new reference rate, the meeting said. SOFR is a benchmark published by the Federal Reserve Bank of New York that is seen as a global replacement for Libor.

Libor has long served as the key benchmark for short-term interest rates across the globe. It is tied to most corporate loans in the world and underpins trillions of dollars of financial contracts ranging from loans, asset-backed securities to derivatives. But financial regulators in many countries have been pushing lenders to move away from Libor after a 2012 manipulation scandal damaged the benchmark’s credibility.

Regulators around the world have since taken action to replace Libor with another benchmark. In March, the U.K.’s Financial Conduct Authority, the country’s financial watchdog, announced it would no longer publish pound-, euro-, Swiss franc- and yen-denominated Libor rates as well as the one-week and two-month dollar Libor rates after this year. The remaining dollar Libor rates will be discontinued after June 30, 2023.

A global replacement is SOFR, which is a benchmark based on the cost of borrowing cash overnight collateralized by U.S. Treasury securities.