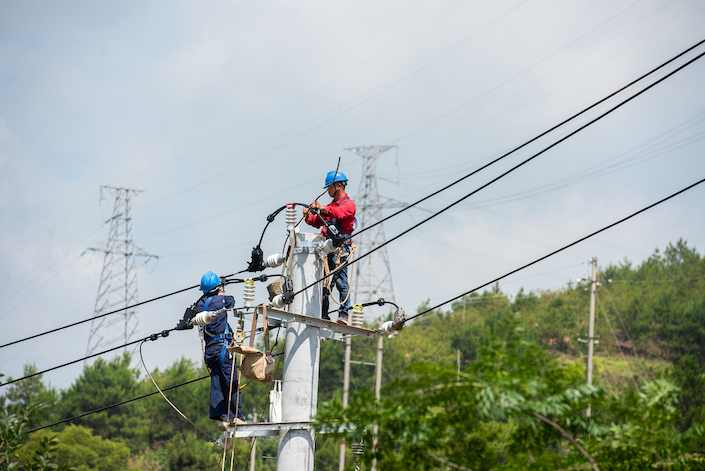 Multiple regions in China face power shortages ahead of the summer demand peak.

Titan Wind Energy (Suzhou) Co. Ltd. (002531.SZ) said it expects to achieve net profit of 760 million yuan ($119.1 million) to 869 million yuan for the first half of 2021, a year-on-year increase of 40%–60% from 2020. The company identified two factors. The new-energy industry continues to boom around the world, presenting a favorable development trend as wind energy in particular has ushered in new opportunities and challenges. In addition, the company’s market share expanded.

Aluminum Corp. of China Ltd. (601600.SH) issued 400 million yuan ($62.7 million) of carbon neutrality bonds with a maturity of 269 days and a coupon rate of 2.6%. With Bank of Communications and China Everbright Bank as joint lead underwriters, the carbon neutrality bonds were issued in the National Inter-bank Bond Market. The proceeds will be used to repay loans of a Chalco subsidiary for a green wind power project, the company said.

The Gansu provincial government Monday distributed a draft document on developing new-energy industry chains. It demands faster improvements to the green ecological industry system and the safe, efficient utilization of clean and low-carbon energy. The northern China province’s government will focus on reinforcing the new-energy industry chain within traditional industries, supplementing the new business chain in emerging industries, extending the upstream and downstream industry chain in key fields and adding a chain for new-energy power generation and distribution, according to the document.