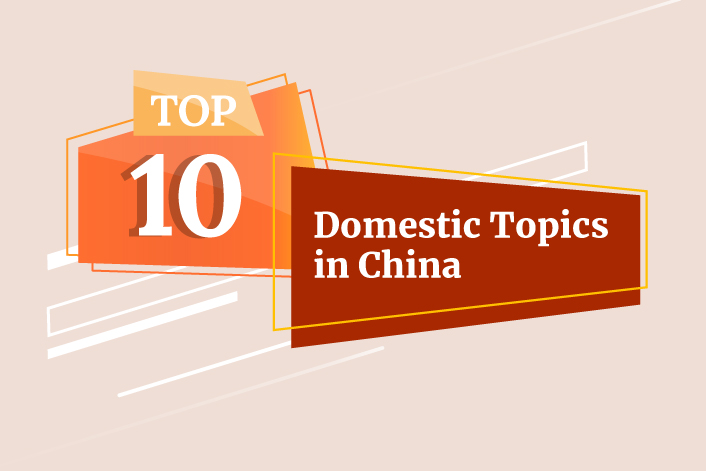 Internet users are showing great interest in a 17-year-old girl in the central city of Wuhan who was arrested for alleged drug trafficking but remanded on bail to take this year’s “gaokao,” which set a new record of 10.78 million candidates. They are also concerned about a coal mine accident in northeastern China and a knife attack in eastern China, with the latter leading to six deaths and more than a dozen injuries.

A 17-year-old student in Wuhan, Central China’s Hubei province, who was arrested Friday for alleged drug trafficking, has been remanded on bail to take this year’s national college entrance exam, or “gaokao,” her lawyer said (external source, in Chinese).

2. Beijing responds to the case of an imported Covid-19 patient from Taipei

Ma Xiaoguang, a spokesperson for the central government’s Taiwan Affairs Office, said (external souce, in Chinese) that mainland authorities have summoned representatives of Taiwanese Uni Air which allowed a traveler with a positive Covid-19 test result to arrive in Xiamen, Fujian province. Ma urged the airline to rectify and plug loopholes in its prevention and control work for Covid-19.

Municipal authorities in Beijing said (external source, in Chinese) three people who committed acts of bravery have qualified for permanent residency in the city since the city’s points-based settlement policy was launched in 2018.

Yin Weidong, chairman and CEO of Sinovac Biotech Ltd., told the national broadcaster CCTV (external source, in Chinese) Saturday that the company recently completed a phase II clinical trial of its inactivated vaccine. The trial found that when volunteers received a third vaccine dose three to six months after the first two doses, their antibody count jumped tenfold in a week and twenty-fold in half a month, Yin said.

5. China clears Sinovac Covid-19 vaccine for emergency use on children above three

China authorized the emergency use of Sinovac’s coronavirus vaccine for children, becoming the first major country to grant approval for those as young as three.

6. Eight missing miners in a coal mine accident in Heilongjiang found alive

Eight people who went missing on Saturday following an incident at a coal mine in Jixi, Northeast China’s Heilongjiang province, have been rescued, the state-run Xinhua News Agency reported (external source, in Chinese).

A man armed with a knife has killed six people and injured 14 others in Anqing, East China’s Anhui province. An investigation found the 25-year-old suspect surnamed Wu committed the killings because of “family troubles and pessimism,” local police said (external source, in Chinese). He was detained by police.

8. ByteDance says six of its products were banned by Tencent over the past three years

China’s tech giant ByteDance Ltd. released a report Friday, saying (external source, in Chinese) that Tencent Holdings Ltd. banned six of its products over the past three years, which affected more than 1 billion users. Due to the restrictions, more than 49 million people had problems sharing Douyin videos via their WeChat or QQ acount, according to the report.

9. China to formally establish its first batch of national parks

China will formally establish its first batch of national parks this year, as pilot work has achieved initial results since its launch in 2015, a spokesperson for the National Park Administration said (external source, in Chinese) on Saturday, which was also World Environment Day.

Pu Muming, academician of the Chinese Academy of Sciences, said during a forum (external source, in Chinese) Thursday that the gap between the development of brain-computer interface (BCI) in China and the U.S. is five to 10 years. Although much efforts to develop closed-loop human BCI are still needed, “I believe we can catch up with Elon Musk in five years,” Pu said.