Editorial: Reform — Not Subsidies — Is the Way to Get People to Have More Children 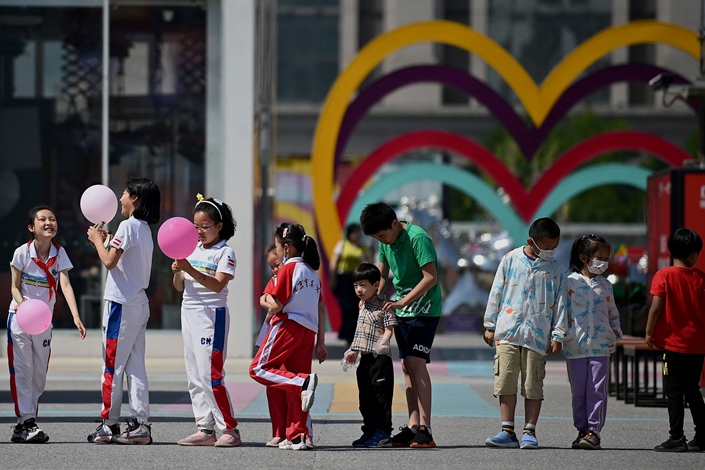 Less than a month after the seventh national population census data was released, the Chinese government has taken the next step in relaxing family planning policy. The Political Bureau of the CPC Central Committee recently convened a meeting to hear the report on population aging response policy and measures for the 14th Five-Year Plan period, and to examine the “Decision on Improving Birth Policies to Promote Long-term Balanced Population Growth.” Within the Decision,” it’s the three-child policy which has attracted the most attention.

As acknowledged at the meeting, this policy will help improve China’s population structure, facilitate the implementation of national strategy for actively addressing population aging and maintain China’s advantage in human resources. However, once the fertility drops to sub-replacement level, it will be hard to reverse. Moreover, China, unlike some high-income countries, cannot subsidize child-birth on a large scale. Still, as an “emerging country at a stage of transition,” China can intensify reform efforts in the areas such as household registration, land, housing, education and social security to lay a sound institutional foundation for long-term and balanced population development. There are challenges here, but also opportunities.

As for how successful a three-child subsidy will be in triggering a rebound in the fertility rate, it is too soon to tell. Domestic demographers generally concur that the birth policy must come with supporting measures to enhance its effect. The Political Bureau of the CPC Central Committee likewise stresses “coordination between fertility policies and relevant economic and social policies, with improved assessment tools for the impact the major economic and social policies have on the population,” proposing that “marriage, fertility, parenting and education be taken as a whole.” The public is looking forward to the policies’ actual implementation.

Since the seventh census data was first released, suggestions have come forth from people of all backgrounds, and some of them are quite far-sighted. Many advocate subsidies for childbirth, children’s education and elderly care. The Chinese government will inevitably deploy some form of incentive and subsidy within its financial capacity. But considering the state’s current and long-term fiscal constraints, counting on governments at all levels to subsidize families with more children (as some welfare states do) is simply unrealistic; even if they could, the outcome would not necessarily meet expectations. In reality, any potential financial subsidy will fall far short of the costs of raising a child. One should be wary of simple comparisons between China and other countries.

Acknowledging fiscal constraints, however, does not mean there are no effective measures for encouraging fertility. The way out is through advancing all-round structural reform — taking into account the overall situation of economic and social development rather than directly encouraging childbirth alone. China must accelerate its reforms of household registration, land, housing, education, social security and people-oriented urbanization. Only then can it revitalize society and unlock new growth potential. In short, China must use high-quality development and value-added growth to hedge against the adverse effects of a declining working-age population.

Addressing population aging via structural reform may seem a bit unrealistic, but the facts say otherwise. Many people believe that China can compensate for its shortage of labor by developing artificial intelligence, accelerating urbanization (to increase consumption) or allocating state assets (to close the pension gap). These moves would certainly be in the right direction, but how far they can go depends on the progress of institutional reform. Let’s take urbanization as an example. Due to significant lags in household registration, land and education reform that hamper improvements in China’s urbanization, a huge proportion of urban residents are affected by housing instability. Unable to live and work at ease, these families may even face separation or the issue of left-behind children. This not only weakens the potential of domestic demand for housing and education; it also deters much of the migrant population from having children at all.

Considering the circumstances, determined efforts must be made to deepen reform. Regarding, for example, the household registration system, the threshold for settling down in a big city needs to be significantly lowered. Nowadays, small and mid-sized cities have relatively lax requirements for settlement, but large and mega-cities remain stringent, sticking to narrow channels such as the points-based household registration system. The first thing to do here is overcome the illusion that mega-cities are overwhelmed by overpopulation; and the second is to allocate public resources according to the actual size of the resident population. Additional measures should then be taken in coordination to improve urban land management and deepen rural land reform, aligning the supply of land and housing with the direction of migration. In addition, equal and universal access to compulsory education should be realized by increasing funds for the schooling of migrant children.

With increasingly severe population aging, improvements in the pension and social security systems become all the more pressing. The Political Bureau meeting identified a number of areas where relevant policy systems and institutional frameworks need to be improved — e.g., national overall planning for retired workers’ basic insurance, the multi-level pension security system — e.g., an institutional framework for long-term health-care insurance, systems for elderly services and health-care support coordinated through home-based community institutions — along with the overall development of “aging industries.” One question worth pondering is what, in terms of institutions, is causing the severe long-term shortage (whether of quantity or quality) in the pension fund. The current level of the pension fund is far from enough to meet the growing demand. And once we know what is causing the shortage, then we need to find ways to eliminate it.

The importance of economic and social systems in responding to population aging is easily observable in other countries. Countries with different systems have adopted different policies to address declining birthrates and aging populaces — and to different effects. Japan offers a classic example of an aging population with a declining birthrate, which contributed to its so-called “lost 20 years” of economic stagnation. However, thanks to meticulous institutional arrangements, Japan’s aging has not caused the decline predicted by many. It still occupies a leading position in many high-tech fields, and its per capita GDP remains in the global top ranks. In contrast, countries facing potential population declines that have tried to encourage fertility but haven’t kept pace with institutional adjustments are now experiencing economic depression, and their residents’ livelihood prospects are grim. The contrast is quite sharp.

Childbirth, ultimately, is the citizens’ choice. Whether to give birth and how many children to have are decisions reached through rational individual consideration. What the government can — and should — do is lay out proper institutional arrangements, make the “cake bigger” (resulting in bigger slices), correct income inequality, achieve equal opportunity and promote common prosperity. Only under these circumstances would couples want to have children.