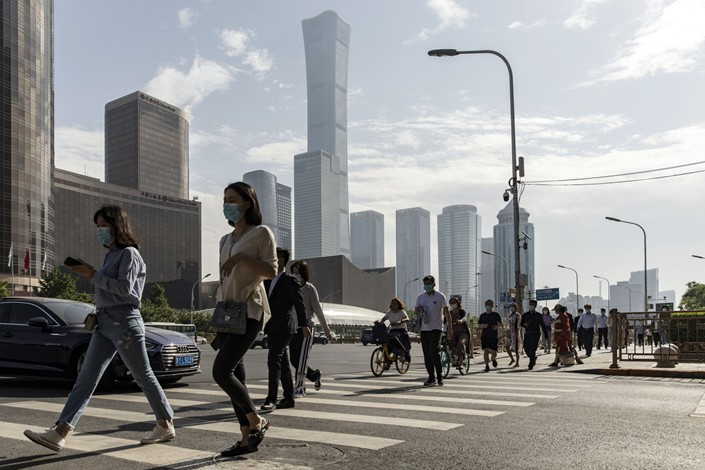 But the amount of money that those broad groups of investors may expect to recover differ. Much of that comes down to a structure called keepwell deeds used in over half of the company’s $3 billion of dollar bonds. That’s essentially a gentleman’s agreement that commits to maintaining an issuer’s solvency while stopping short of making any payment guarantee.

Fund managers from New York to Hong Kong are watching the Founder case, which could set a precedent for how such structures are handled when borrowers stumble. About $109 billion of Chinese offshore bonds outstanding, or around 13% of the total, have keepwells. They’re facing scrutiny as authorities let more firms fail, to encourage the market to price risk better. Turmoil at China Huarong Asset Management Co. has added to concerns, as most of its dollar debt has such provisions.

Founder Group is one of only several state-linked Chinese firms to have defaulted in the offshore bond market since late 2019 when Tewoo Group Co. became the first such major defaulter in two decades.

The two groups of investors in Founder aren’t on the same footing though. Some offshore creditors have gone to court to demand payment, and others have fewer options for repayment than onshore creditors.

Peking Founder and the restructuring administrator didn’t respond to requests for comment.

The company’s administrator last August rejected recognition of investor claims on the keepwell notes. Since then, some of the investors, left out of the restructuring plan, have initiated legal action offshore to seek better recoveries.

Meanwhile, investors are also seeking to liquidate unit Founder Group (Hong Kong) to which another unit called Nuoxi Capital granted nine loans, according to a court filing. Nuoxi Capital is the entity that issued a number of the keepwell notes.

Of course, it would be easier to avoid court cases in the first place. And the holders of the offshore notes that have guarantees rather than keepwells may get to avoid that trouble.

These notes have been recognized by the administrator and allocated the same payout ranking as onshore unsecured creditors, unlike the keepwells. The bonds are all guaranteed by Founder Group or unit Peking University Resources Group. While that hasn’t kept the bonds from trading at distressed levels, the market is at least pricing them above the keepwells.

Still, even the holders of these bonds have fewer repayment options than onshore creditors. The domestic investors can opt for a cash only option, a combination of cash and debt to equity swap, or debt retainment in addition to cash payment.

In contrast, the holders of offshore guaranteed bonds can only go with the cash-only settlement via a trustee, Bank of New York Mellon, according to notices to such holders.