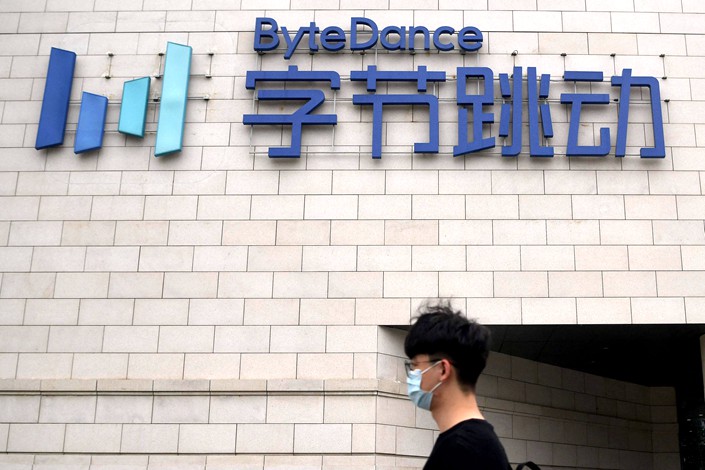 ByteDance aims to become a technology supplier for companies eager to digitalize as the Beijing-based company seeks to expand revenue beyond mainstay consumer-facing apps.

On Thursday, the TikTok owner officially introduced a smart technology brand called Volcano Engine, which it said will focus on exporting proprietary technologies, including recommendation algorithms, data analytics and artificial intelligence to more corporate clients, according to a statement received by Caixin.

ByteDance, which had been operating Volcano Engine for a year in a low-profile manner before Thursday’s official launch, highlighted its recommendation algorithms as a major business growth technology that it wants to sell to enterprise clients, citing an example in which the technology helped an e-commerce firm double its gross merchandise volume, according to the statement.

The huge success of ByteDance could not be achieved without recommendation algorithm technology that played a key role in catapulting its early flagship news aggregator app Jinri Toutiao and its current hit TikTok into stardom by using big data and deep learning to provide users with personalized content.

Thursday’s launch comes as TikTok, one of ByteDance’s major profit drivers, appears to show signs of losing steam globally amid a growing backlash in some of its overseas markets, especially in the U.S. and the EU, where lawmakers have raised concerns over its handling of user information. The app has been permanently blocked in India on national security grounds. India was once TikTok’s biggest overseas market.

In May, TikTok amassed 80 million downloads worldwide, down from the 112 million installs it logged a year ago, according to SensorTower. Although, the download number helped TikTok retain its status as the world’s most downloaded nongame app for the month, the year-on-year decline leaves Bytedance open to questions about whether it can hold on to the territory.

On Wednesday, U.S. President Joe Biden revoked Trump-era bans on TikTok and WeChat and ordered a new review of software applications from foreign companies that could pose a risk to Americans’ sensitive data.