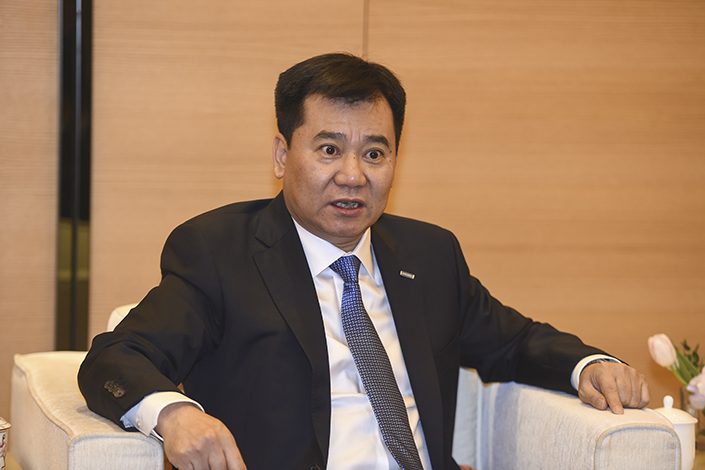 A local court at Beijing has frozen more than one-quarter of Suning founder Zhang Jindong’s shareholding in Suning.com. Co. Ltd. (002024.SZ) as the retail giant continues to have trouble paying its bills.

Zhang is the controller shareholder of Suning.com, the e-commerce arm of Suning Holdings Group, the company that owns the football club Inter Milan. He holds 21% of Suning.com’s shares. Beijing Second Intermediate Court has frozen 540.2 million of the shares, which account for 5.8% of the company’s total, according to a company filing (link in Chinese) published Tuesday morning.

Suning.com’s share price closed down by the maximum daily limit of 10% on Tuesday to 5.59 yuan (87 U.S. cents) following the announcement of the freeze.

The move shows that the liquidity crisis at Suning Holdings has persisted despite receiving billions of yuan in state-funded bailouts this year. The crisis began for the Jiangsu province-based company last year as losses to its core retail business and the debts it took on to fund an acquisition spree from 2015 to 2019 tipped its bottom line into the red.

Last year, Suning.com reported a 4.3 billion yuan net loss attributable to shareholders, a reversal from a net profit of 9.8 billion yuan in 2019.