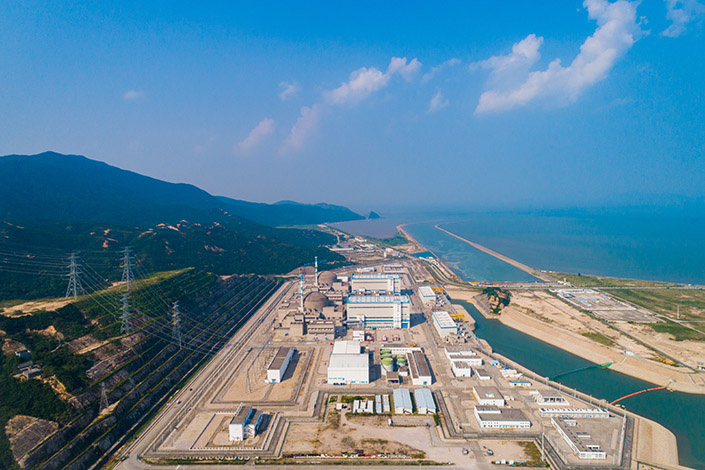 China’s Ministry of Environment and Ecology has denied media reports of a possible leak at a nuclear power plant in southern China’s Guangdong province, saying that nothing out of the ordinary has been detected.

The ministry confirmed that radiological indicators in the vicinity of Taishan nuclear plant remain at “background level” and that “no leak of any kind” has occurred, according to a statement issued Wednesday.

On Sunday, CNN reported that the U.S. government had spent the past week assessing a report of a leak at the Taishan plant, after Framatome, its French part-owner and operator, warned of an “imminent radiological threat.”

Citing a letter from the French company to the U.S. Department of Energy, CNN reported that the warning included an accusation that Chinese safety authorities had increased the acceptable radiation limit outside the plant to avoid having it shut down.

In the statement, the environmental ministry also rejected this claim, saying that the National Nuclear Safety Administration has not approved an increase in the area’s radiation limit.

In a statement on Monday, Framatome said that “according to the data available, the plant is operating within the safety parameters.”

Two units of the power plant, designed by Framatome and jointly constructed and operated by China and France, have been in service since December 2018 and September 2019, respectively.

According to the ministry’s Wednesday statement, these two units have “maintained safe and stable operation” ever since.

The ministry disclosed that some damage has been detected in an estimated five nuclear fuel rods of the first unit ―increasing the radiation level inside the unit. However, the radiation increase has been deemed consistent with safety requirements and the damage has affected less than 0.01% of the unit’s total fuel rods, well below the permitted level of 0.25%.

The unit’s cooling system and shield are confirmed to be intact, further repudiating CNN’s report of an “imminent radiological threat,” which would be a “completely different matter” from a radiological leak into the environment.

On Tuesday, Zhao Lijian, spokesperson for the Chinese Foreign Ministry, said at a regular press conference that the country attaches great importance to nuclear safety, and has established a nuclear safety regulatory system that is up to international standards and in line with national conditions.

He adds that China’s nuclear power plants have had zero incidents affecting environment and public health.

The National Nuclear Safety Administration will continue to closely monitor the first unit’s radioactivity level and strengthen environmental monitoring at the site, the Wednesday statement said. The administration will also maintain communication with the International Atomic Energy Agency and French nuclear safety regulators.